If you asked the average person to name a big Hollywood movie about horses, there are only a few that would come up. One of the few is The Horse Whisperer, based on the Nicholas Evans novel of the same name.

The gist of the plot is that a young girl named Grace (a very young Scarlett Johannsen!) and her horse get into a horrific accident. Both are badly injured both mentally and physically. Grace's mother (Kristin Scott Thomas) brings her and her horse, Pilgrim, to a "horse whisperer" (Robert Redford) who will try to heal them.

On one level, this is actually a pretty good movie. It's absolutely gorgeously shot, and the acting is outstanding. The emotions of all the characters are keenly portrayed and felt, and it's a good human story.

On another level? The horsemanship in this movie is absolutely batshit insane.


Let's start at the beginning. The accident that Grace and Pilgrim suffer is...realistic in the sense of if everything went exactly as wrong as it could go, it could happen. It is extremely difficult to watch, and if you're at all triggery about injuries to horses (and their riders) you wouldn't get past the first 10 minutes.

After that is where it flies off the hinges. Because, you see, Grace's mother refuses to put Pilgrim down, even though his injuries are truly awful, and everyone with actual horse experience advises her to put him down. As a horse person, it made me instantly loathe her, because everyone advising her was right: she was putting the horse through incredible amounts of suffering just so she wouldn't have to make a decision. As Pilgrim is recovering, he becomes a dangerous, unpredictable animal.

The movie then posits that the horse's recovery and Grace's recovery are linked, somehow. So they pack poor Pilgrim up and drive him cross-country to see the horse whisperer Tom (in a stock trailer that they haul from Long Island to Montana without, apparently, ever stopping to water or feed the horse...or check on it...since the idea is that no one can even touch Pilgrim, he's so crazy). 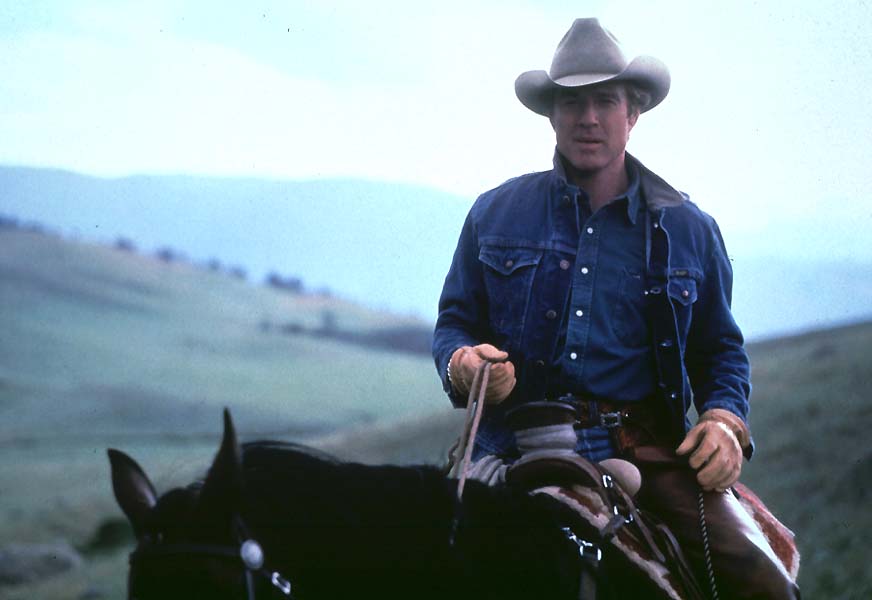 Tom then natural horsemanships the poor thing, complete with aggressive round penning and a whole lot of posturing. During the whole movie-long training & bonding sequence, no one ever apparently brushes the poor horse...or treat his wounds...or touches him until what is apparently many weeks (if not months) later. So the horse survived a really really awful accident through initial at-the-scene treatment (done by sedative) and...nothing else for many months. Sigh.

There is also a typical movie ending: Pilgrim passes through crisis after crisis but after one final crisis in which he is roped and brought down by Tom, he magically becomes precisely the horse he was before the accident. Grace rides him around the ring perfectly and everyone looking on sheds a single, crystalline tear. It is a wildly inaccurate and borderline dangerous portrayal of what natural horsemanship can accomplish, and how to behave safely around a traumatized animal.

But then again, Robert Redford looks damn fine on a horse.
at 10:00 AM