I am an historian by training and by profession, which means that whenever I get the chance to buy an historic horse book I snap it up. Older editions of fictional favorites, old vet manuals, you name it.

When I spied this book on the shelf at a library book sale recently for the bargain price of $1 it was a no-brainer, and I snapped it right up. 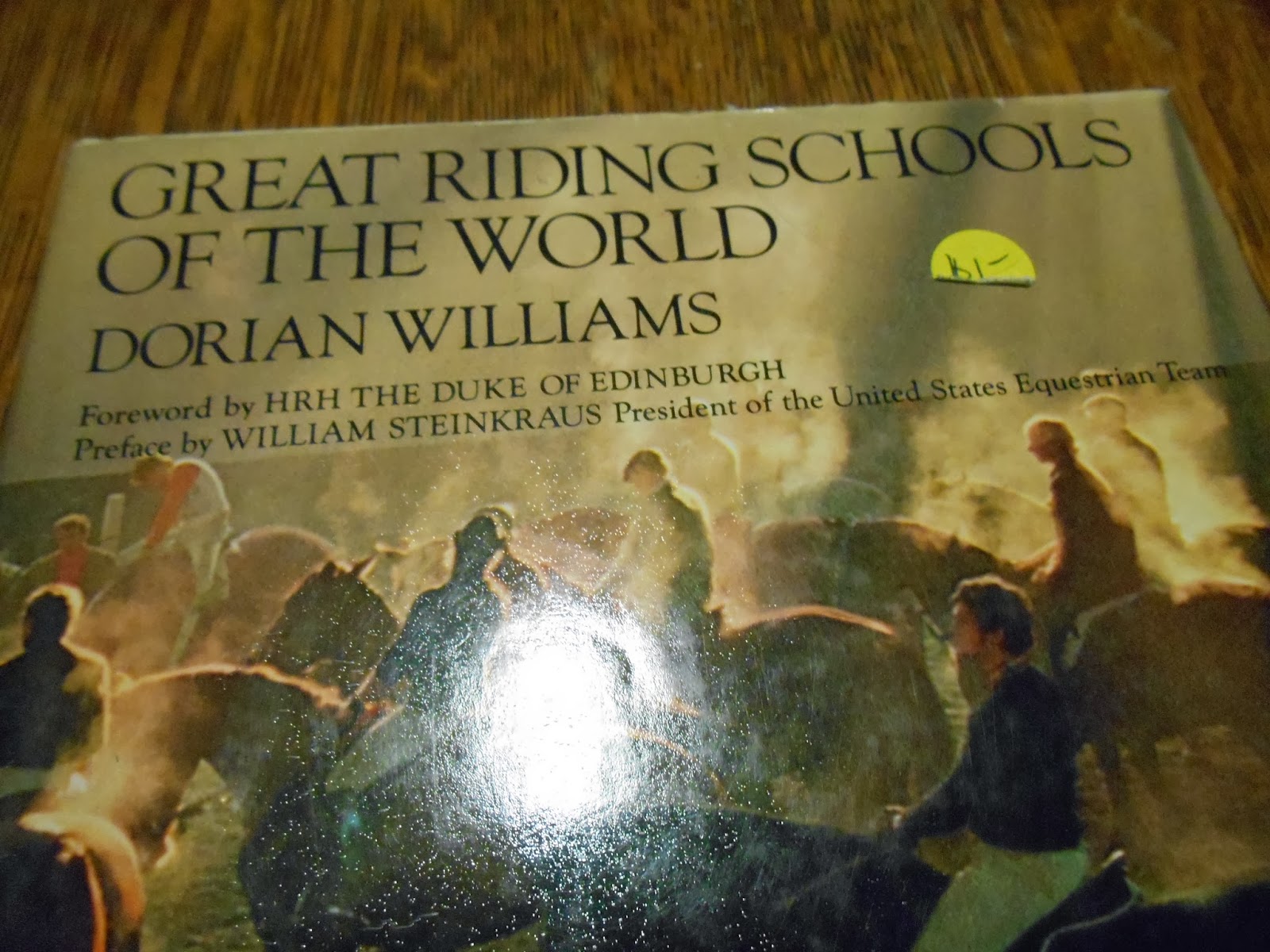 It even had someone's horsey bookplate still in it! <3 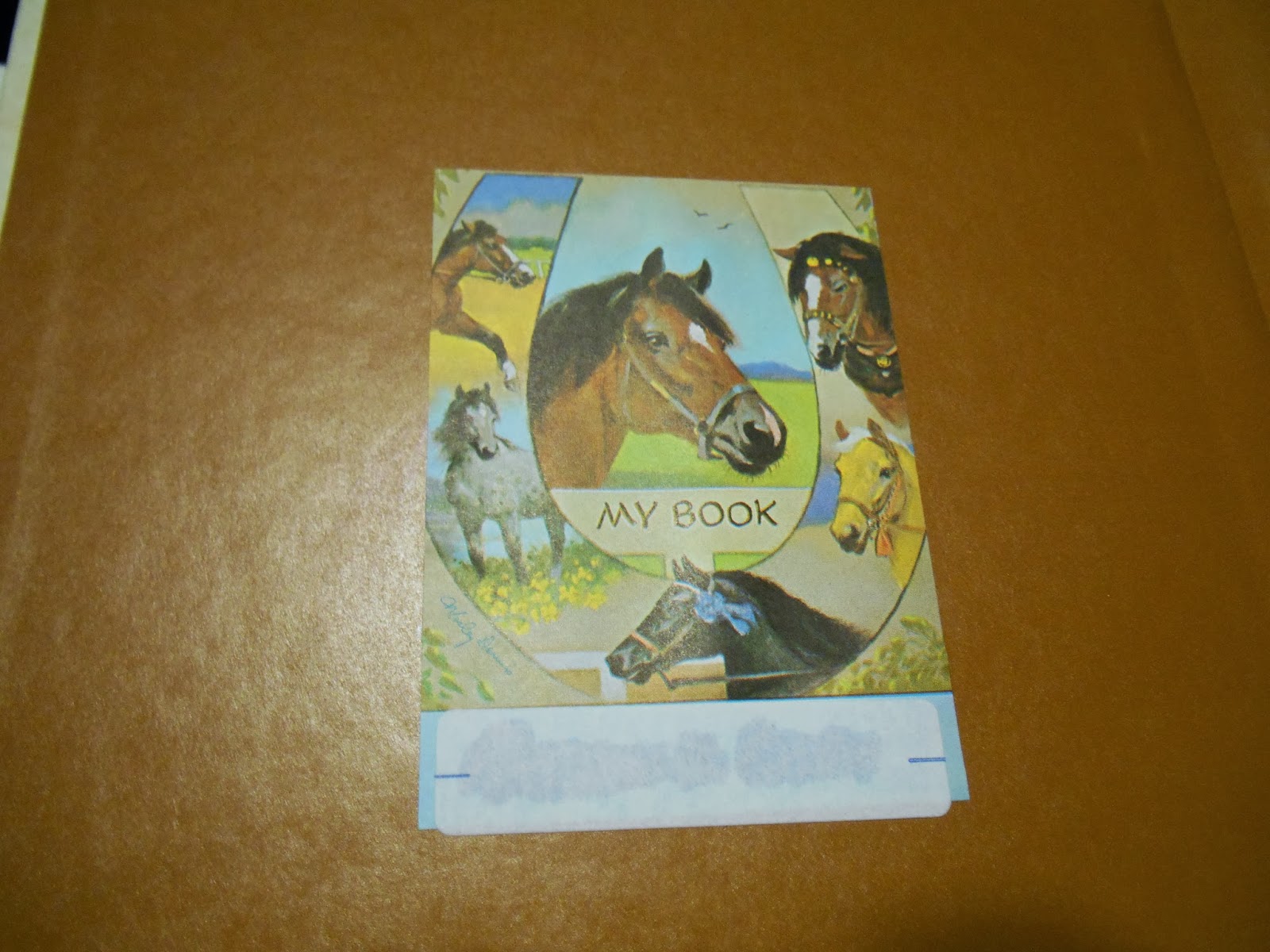 The introduction starts by saying that at a certain FEI meeting in the 1970s, it was decided that equestrian sport was on the rise, and some bright soul had the idea to bring more public awareness to the "official" schools of countries around the world as an attempt to highlight where people could receive professional training.

It ends up being a picture-heavy, information-heavy romp through some really terrific horsemanship, some gorgeous facilities, and the inevitable conclusion that most of these schools are not really for the general public - they're more like finishing schools for pre-selected riders. Which I think everyone knew at the outset, but I am not complaining - this is a gorgeous book! 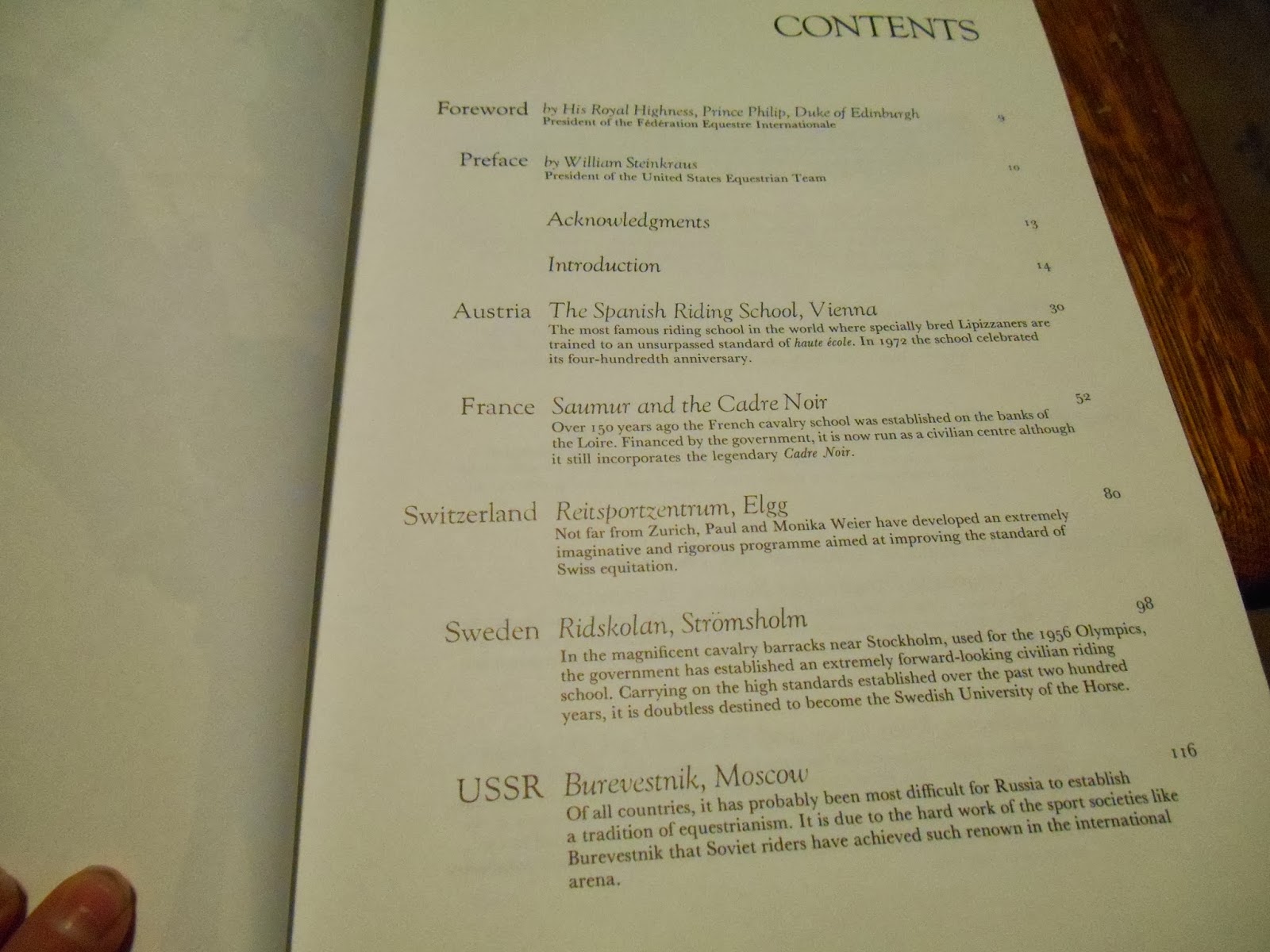 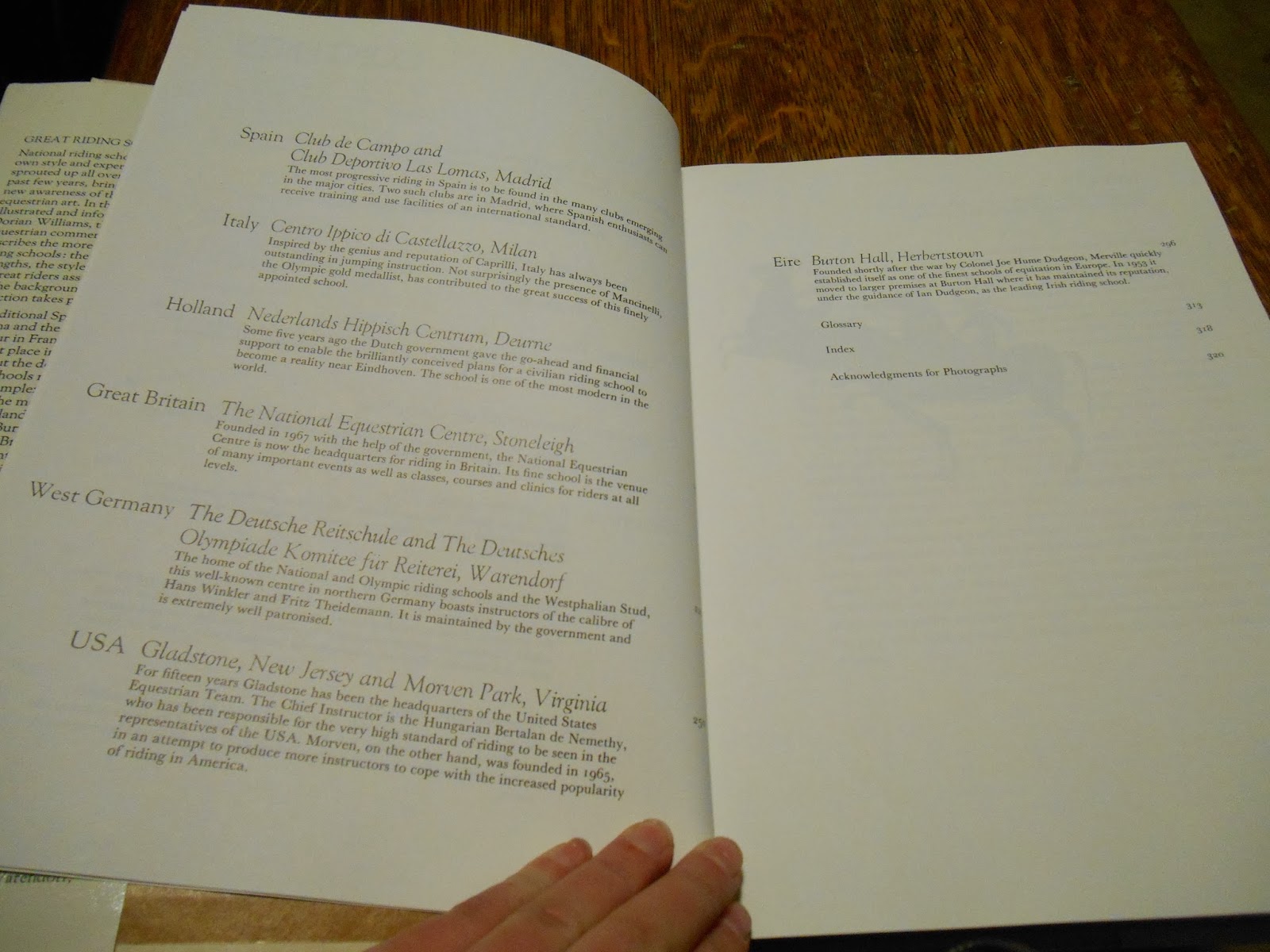 There are a LOT more riding schools than I had ever heard of, too. For instance, despite living with one of the proudest Swedish-Americans in the lower 48, I had no idea that Sweden had a national riding school! 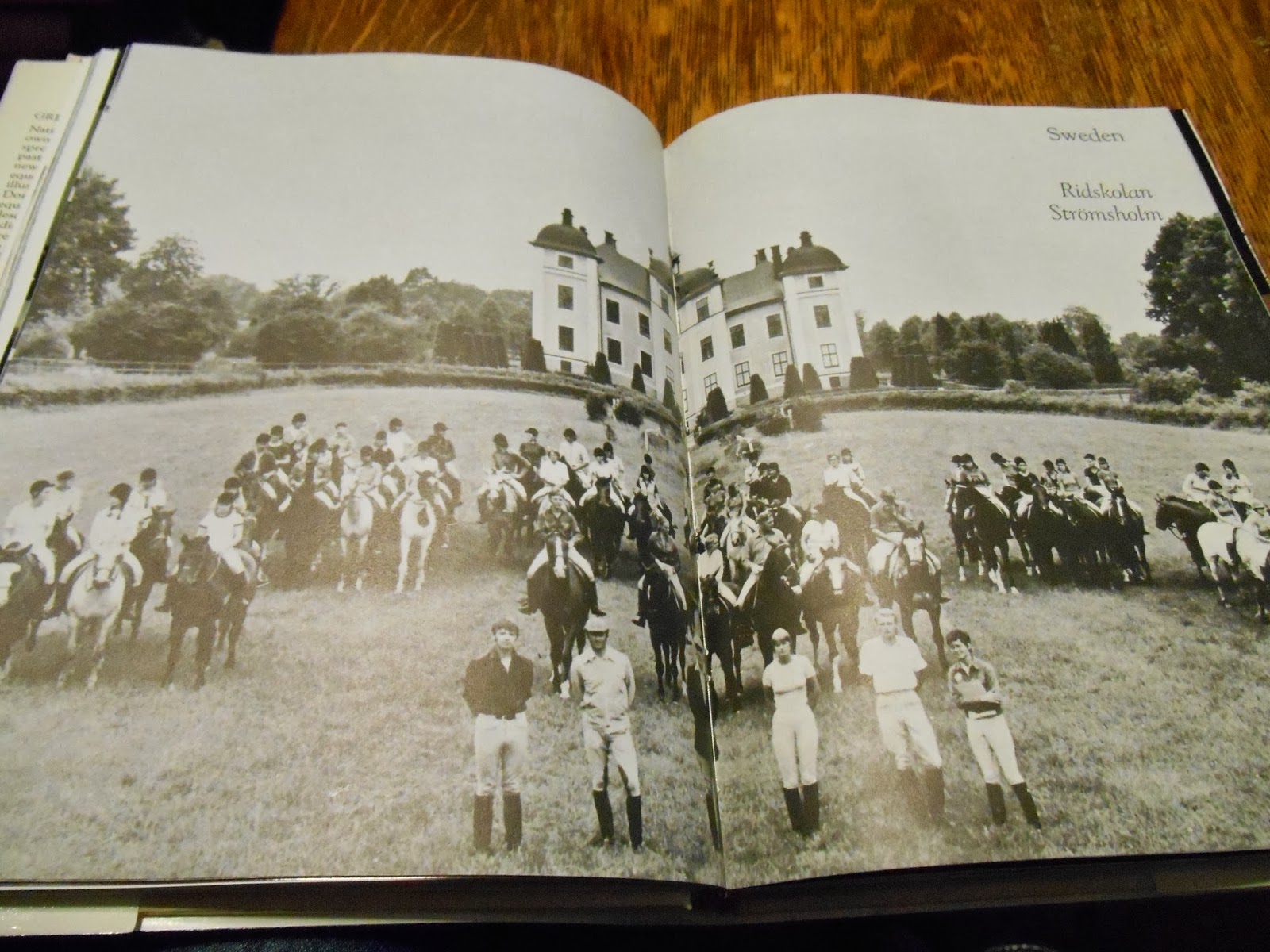 All the Swedes! Each school is introduced by a two-page spread with their facilities and often their horses and riders. Then that's followed by as many as 20 pages of picture-heavy text about the facilities, the program of instruction, and what each school specializes in. 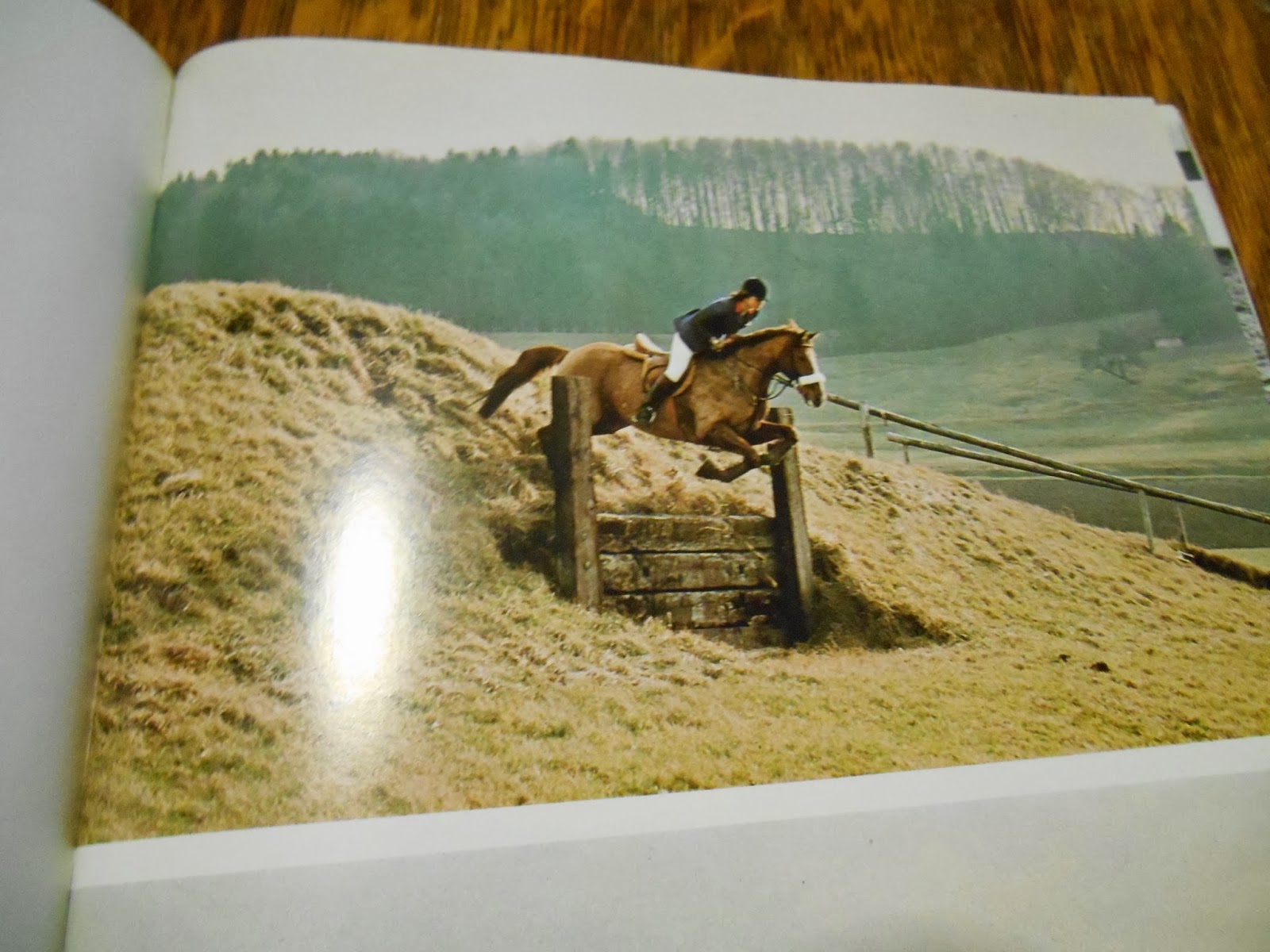 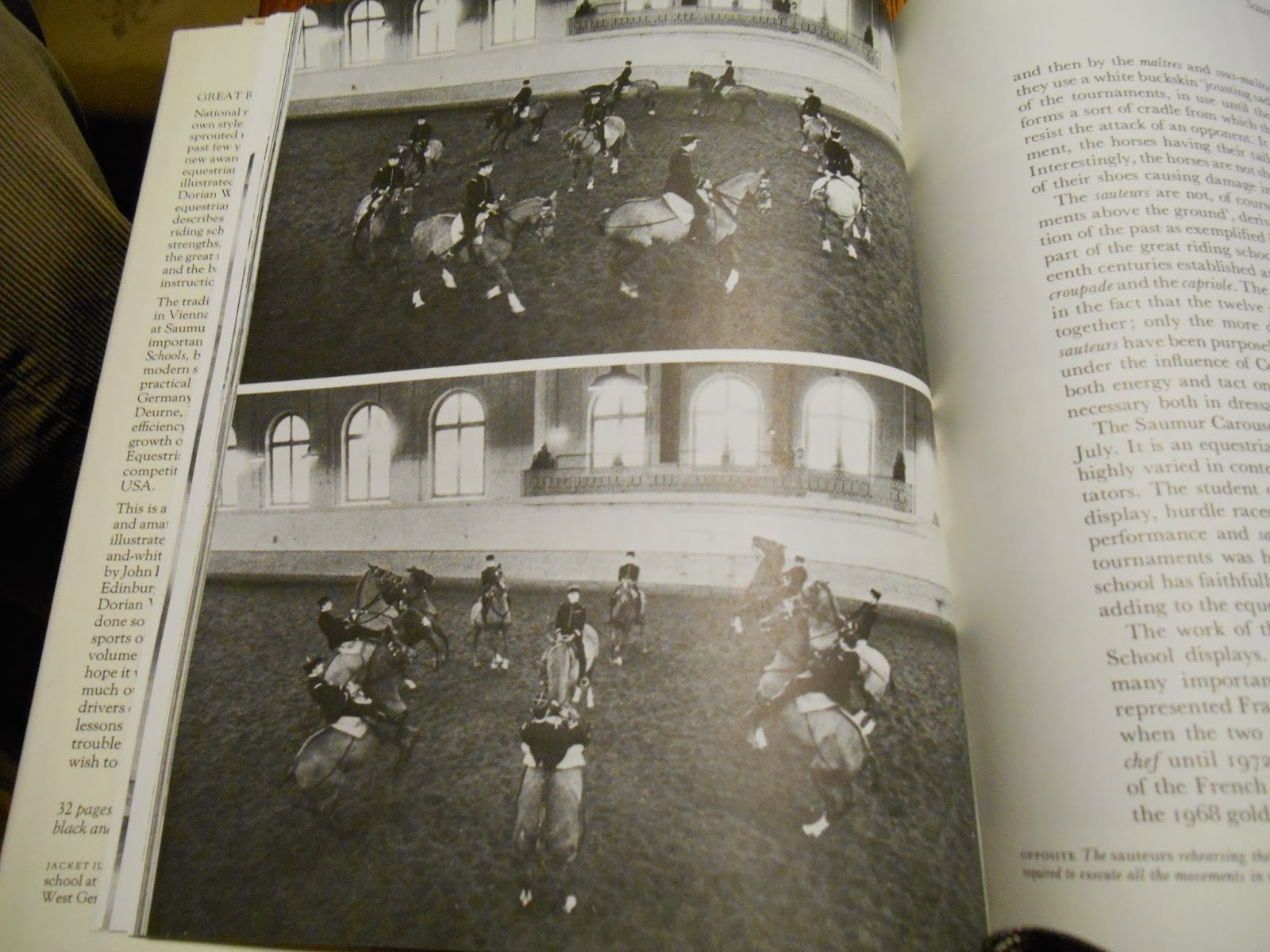 The Cadre Noir in France, they would like you to know, are able to do all their haute ecole movements in unison. Click on that picture and zoom in if you will. It's kind of insane. 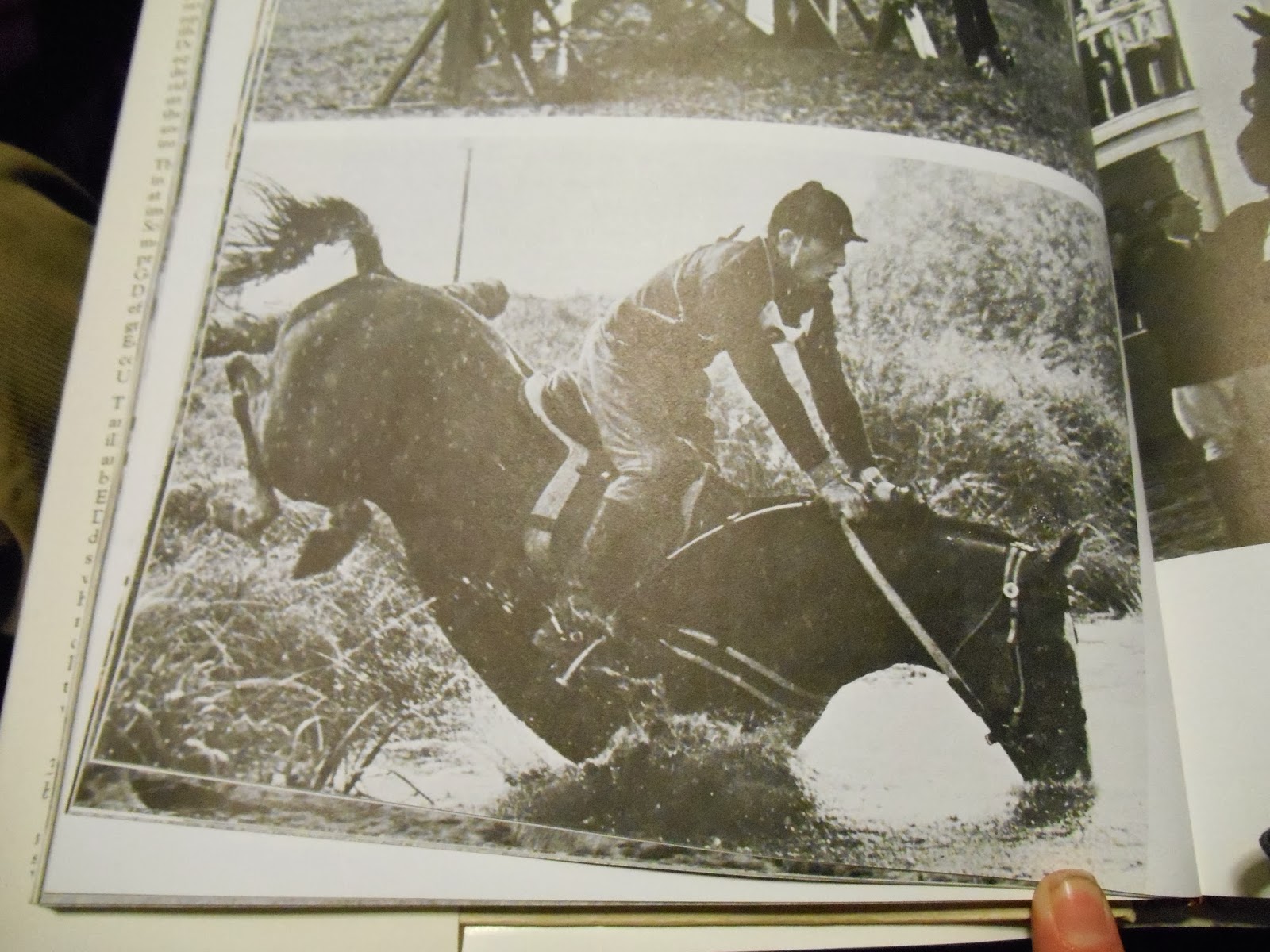 SPEAKING OF INSANE CROSS COUNTRY WHAT THE HELL. 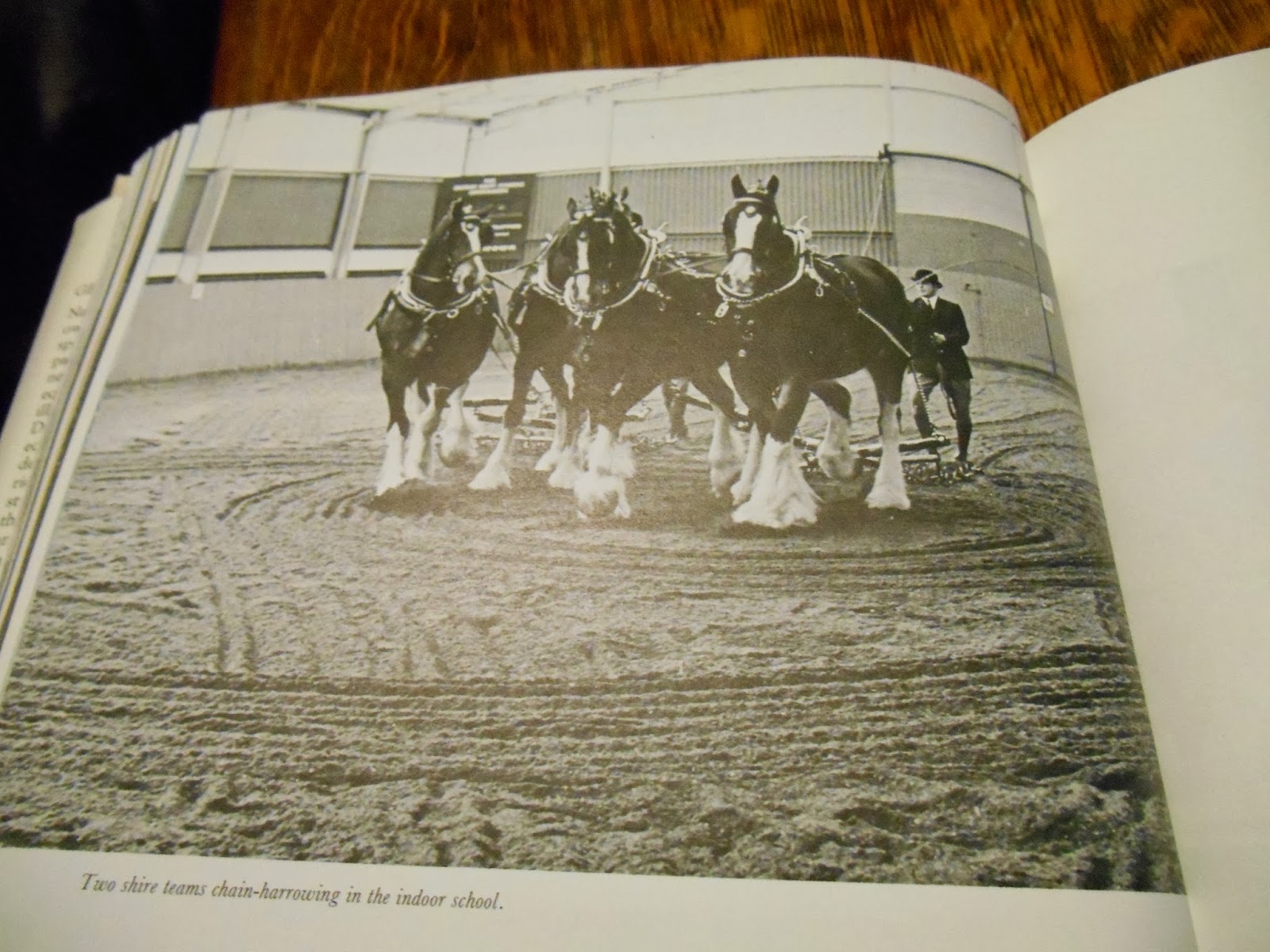 England still drags its rings with a draft horse team! 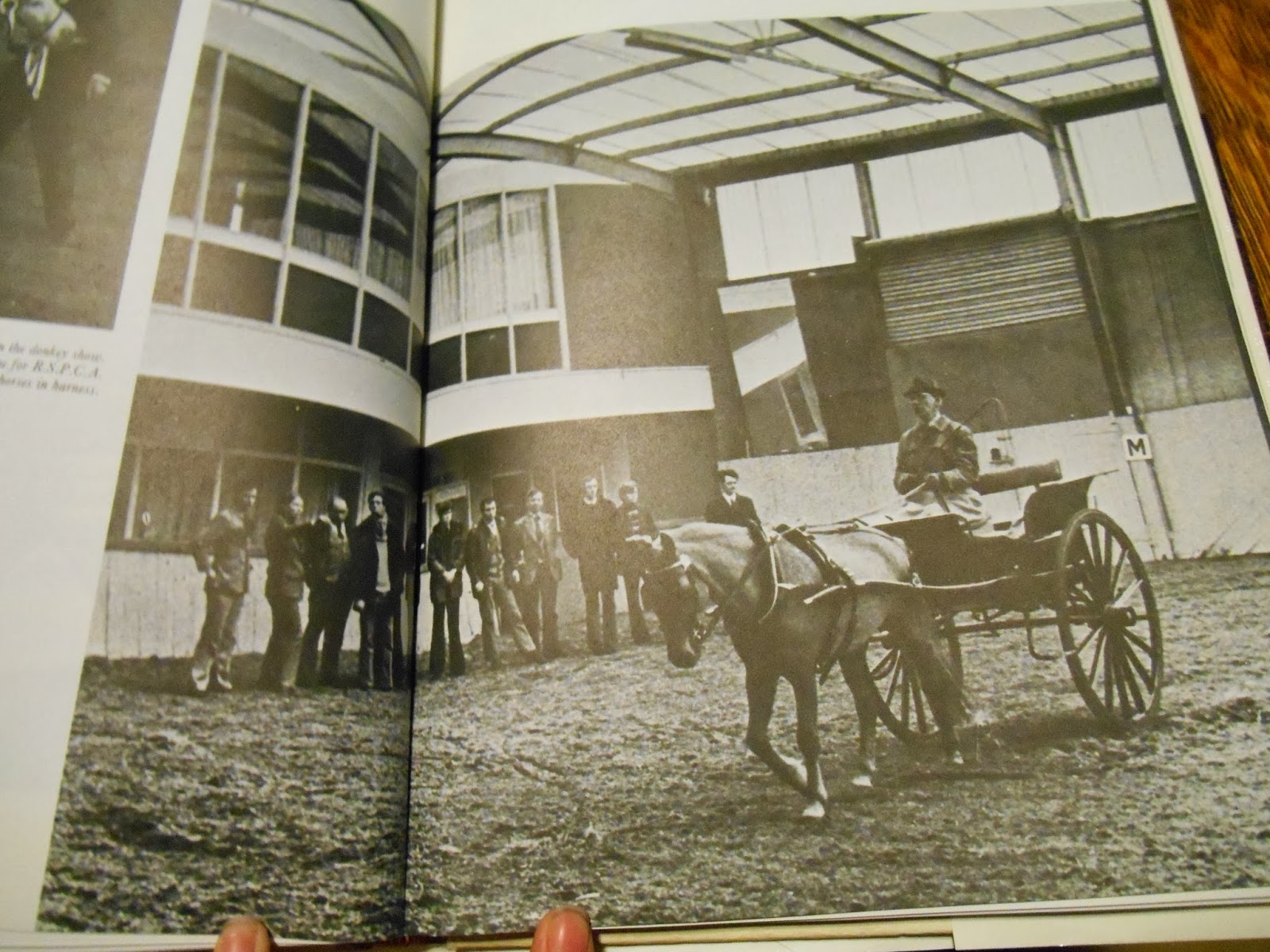 This photo demonstrates something I wish would happen more often these days. It's a team of RSPCA inspectors getting a workshop and demonstration on carriage horses: proper handling, proper care, and how to evaluate what a healthy horse looks like generally. Isn't that a great idea? 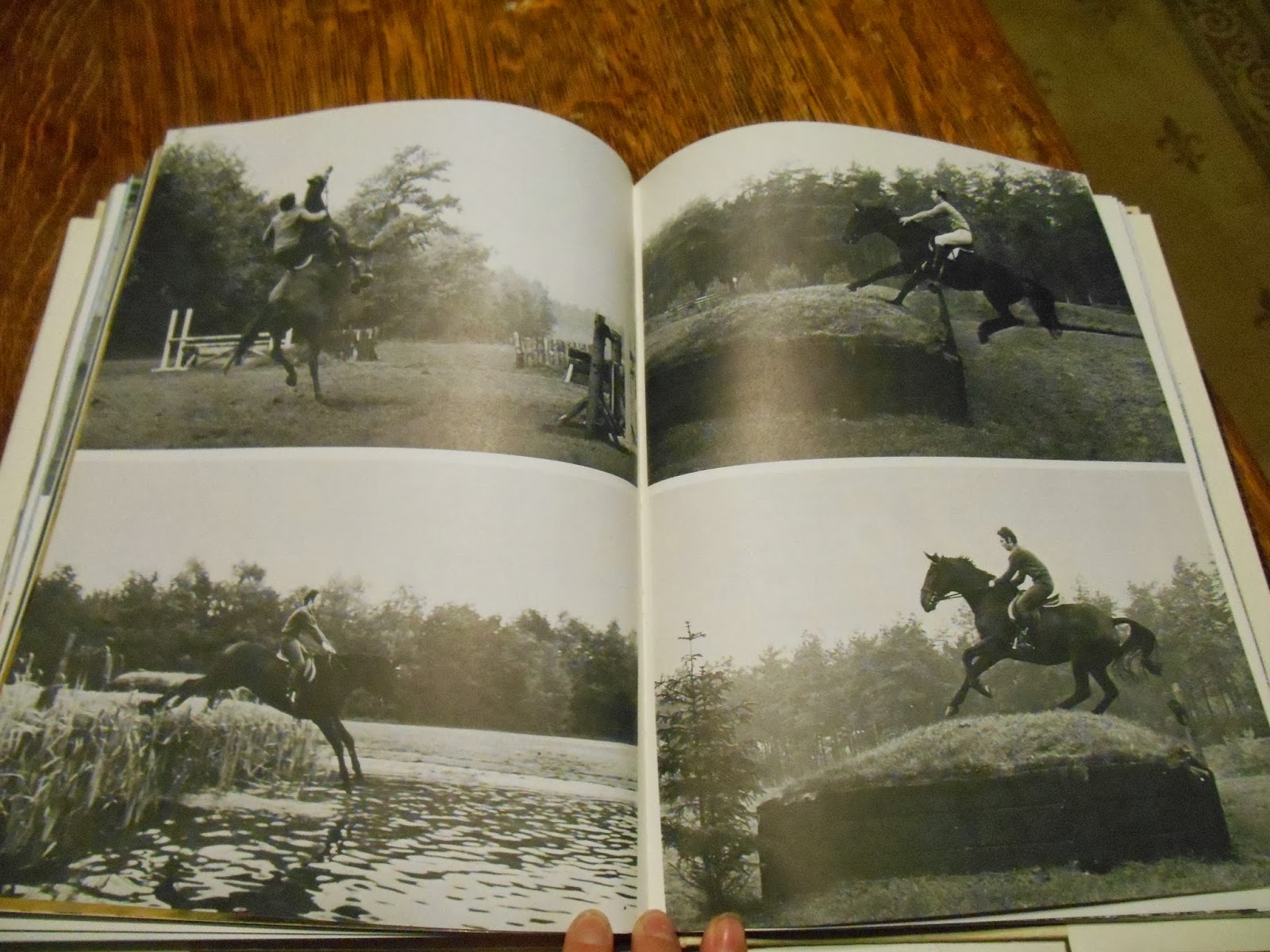 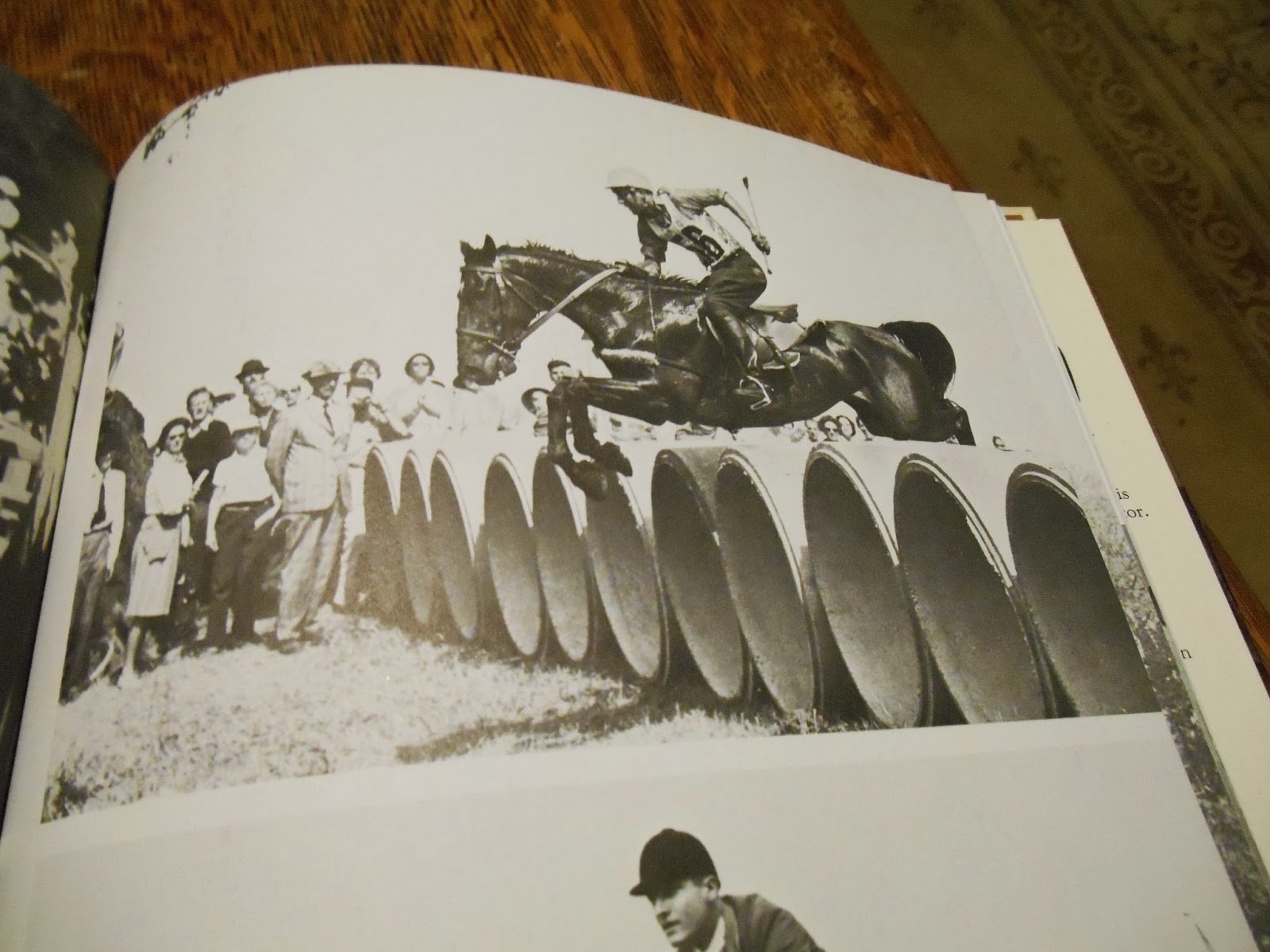 On close examination of this photograph, I believe that Michael Page and Grasshopper are jumping concrete drainage pipes. Lengthwise. I am not kidding. 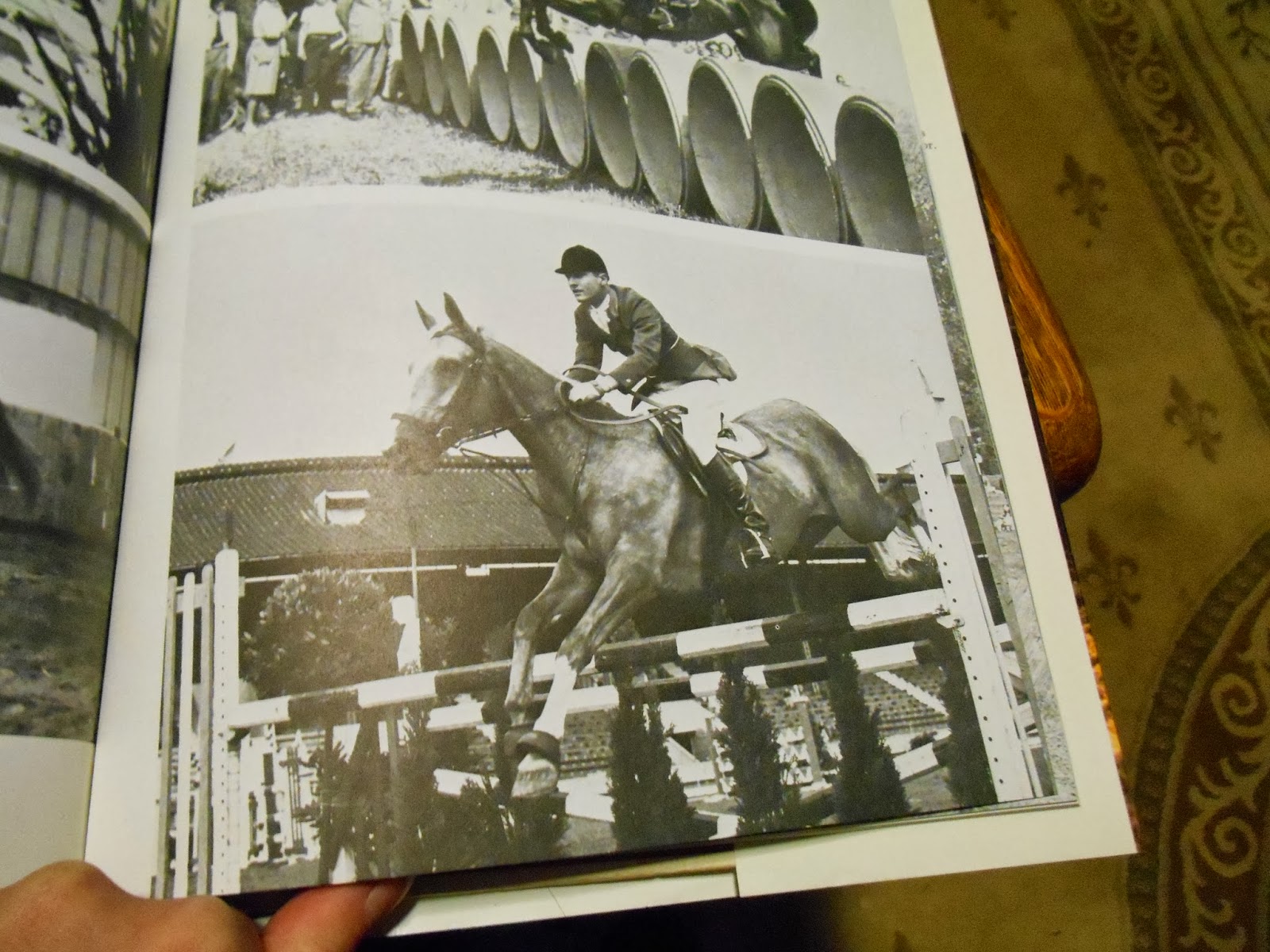 There are many, many other similar, gorgeous photos, and fascinating accompanying text. Some of it is very dated, but overall it's a great window into its time. I'm thrilled to have found it to ad to my collection.