I was reminded today that I did not do a great job of transitioning this blog.

Bel Joeor has moved! You can now find the blog at beljoeor.com/blog.

Please update your bookmarks accordingly, and see you over there!
at 1:10 PM 4 comments:

Cueva del Fantasma, an extraordinary cave in the heart of the Venezuelan jungle.

Or, Azul Island, where the Island Stallion hangs out. 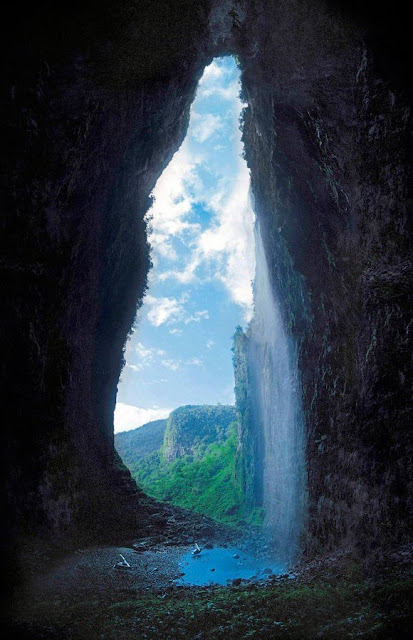 This blog has been moved to www.beljoeor.com/blog. Posts will be cross-posted until December 1, when this blog location will become defunct. Make sure to update your bookmarks!

I've added a bunch of new bags in time for Black Friday!

Remember, through November 30, enter code OPENING2017 at checkout for 10% off your order.

These aren't all of the things I added. Click on the pictures to go through to the items they represent. 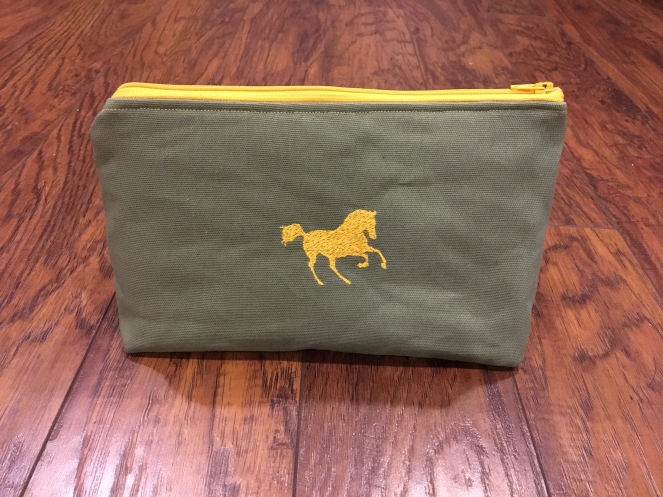 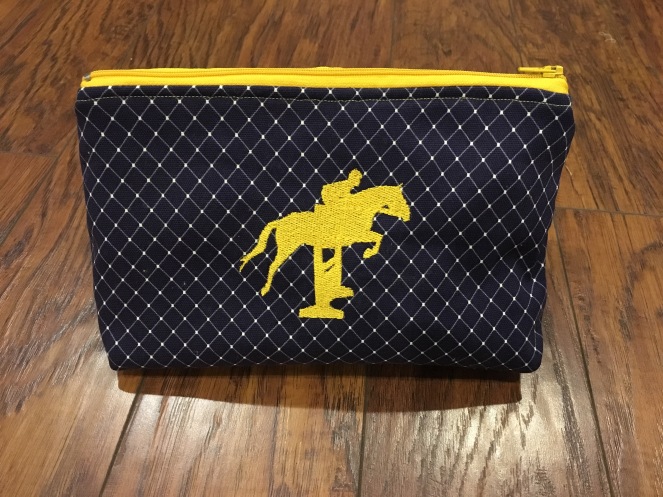 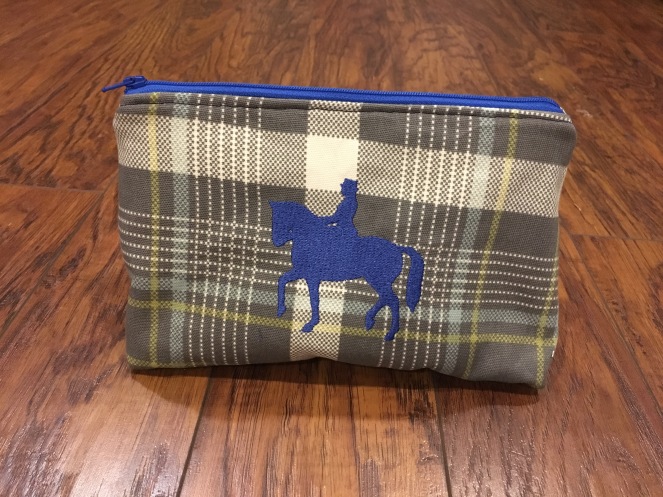 I've been thinking about this for a LONG time, and now it's official.

Until December 1, I'll cross-post each new post on both this blog and the new site. Each post here will have a reminder to follow me to the new site.

Email ThisBlogThis!Share to TwitterShare to FacebookShare to Pinterest
Labels: admin

So, a couple of weeks ago we had this big huge storm. It wreaked havoc throughout northern New England; some record high number of people were without power. We lost it for about 48 hours. 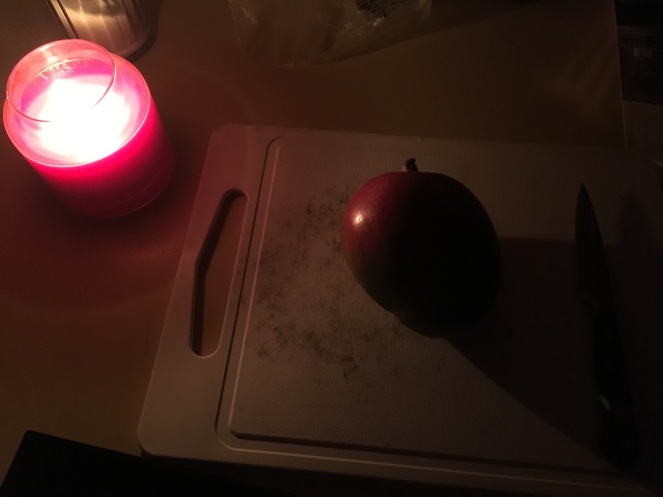 It was very exciting, really. I have not that many complaints; loads of people were without power for far longer, and I had other resources to make food. The fridge and new chest freezer came through fine, and it wasn't really cold yet so we didn't miss the heat.

We did also have two trees come down in our backyard. One was long dead. The other was mostly still alive. Both fell in nearly the perfect way so as not to cause damage, and only be frustrating. 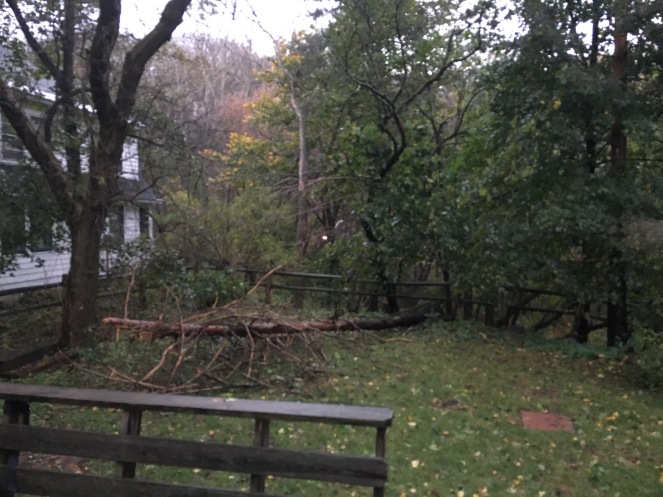 One tree is obvious. The second is a bit tough to see in this picture, but you can see it leaning against the back fence if you follow the fenceline to about the center of the picture. Directly behind that fenceline is a steep slope, at the base of which is the tree.

Earlier this week, a friend stopped by with his chainsaw and took down the leaning tree so as to relieve pressure on the fence.

So then we had two trees in the backyard more fully than before. 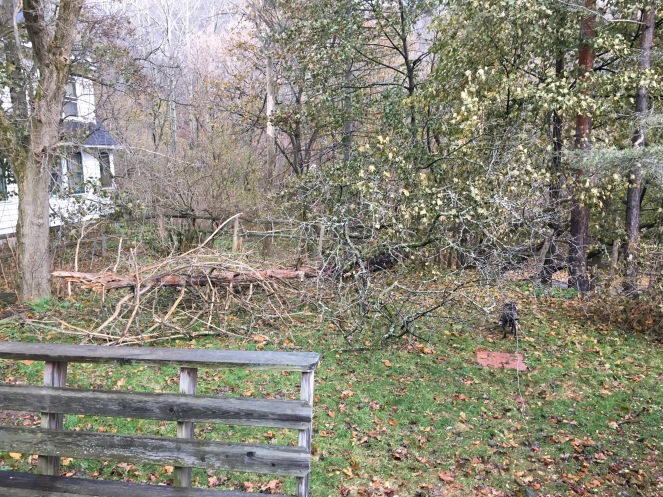 Then, yesterday, while I was at work staying warm and cozy and eating leftover Halloween candy, the husband took apart the trees. 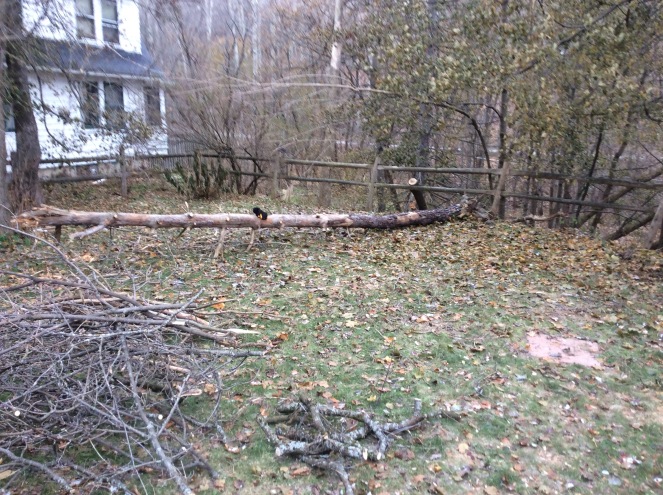 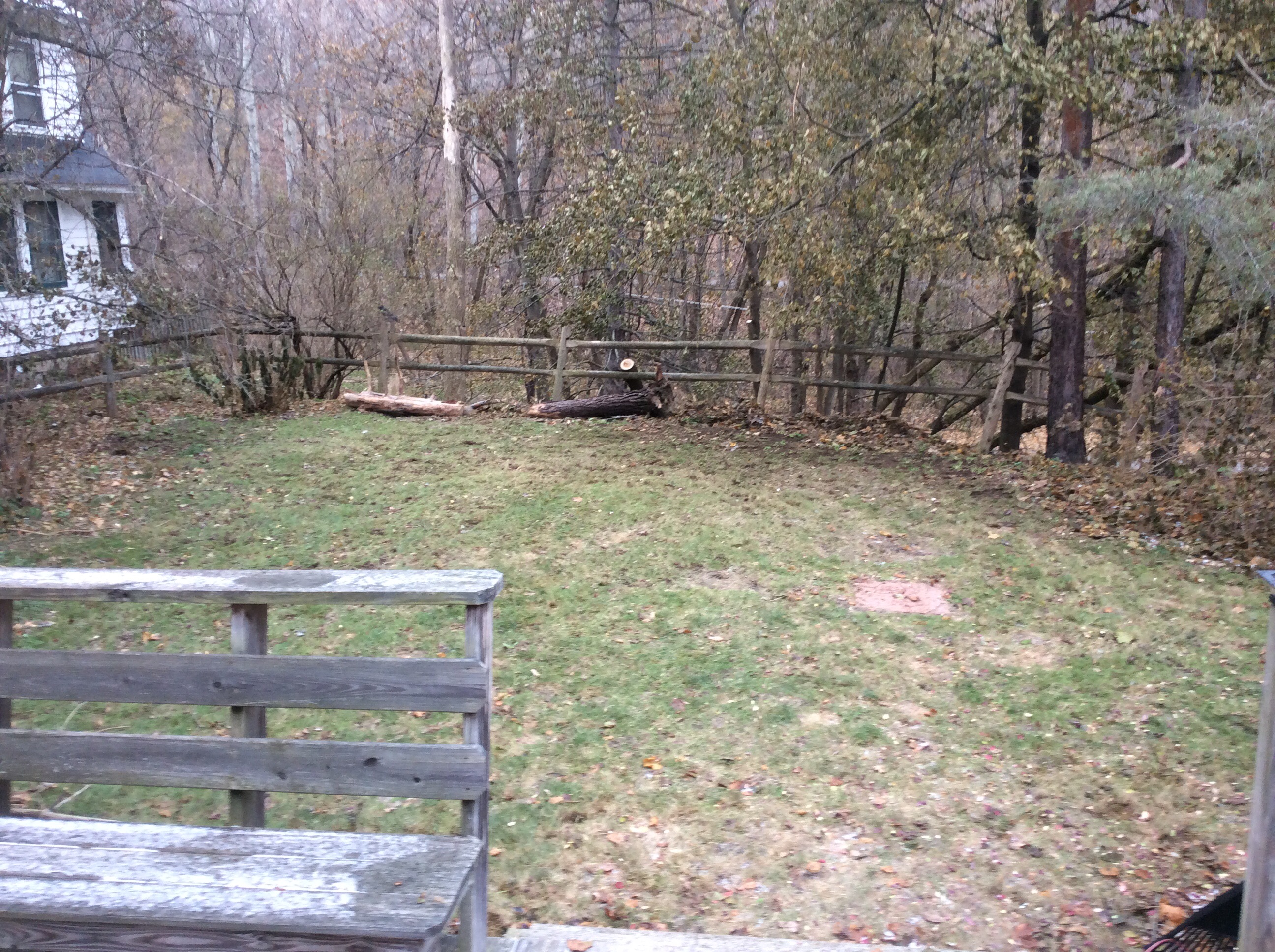 And, you know what? We got lucky. There was no real damage. The dead tree could have come down right on our neighbor's house, and it's been on my mind to get rid of. Everything worked out about as well as it possibly could have.

But seriously, what a pain in the ass, and a not-insignificant chunk of time spent taking care of this that would have been better spent on other things! Sometimes houses are dumb.
at 9:03 AM 2 comments:

Email ThisBlogThis!Share to TwitterShare to FacebookShare to Pinterest
Older Posts Home
Subscribe to: Posts (Atom)
A canter is the cure for every evil.
- Benjamin Disraeli