I bought my first pair of these shoes in taupe, exactly as you see above, at a local tack shop in the clearance section about six years ago. I paid $30; they were the only pair on clearance and they were exactly my size. Win-win!

I loved them almost immediately, and wore them everywhere. They are built much lighter than the average sneaker (the website says 14oz), and they had a substantial heel and a shank through the bottom of the shoe that meant they were sturdier than sneakers - though not quite as much so as a hiking boot.

I wore them to and from the barn; basically anytime I wasn't on a horse around the barn, I was wearing these. The taupe pair I had were flecked with bloodstains from Tristan's first colic, when I held his head to and he fought the vet who was tubing him. I was perhaps more emotionally attached to the shoes than I should've been after that.

I lost them through no fault of my own, but rather to an over-eager puppy who chewed the uppers to shreds one day. I actually continued to wear them for a little while, but the way the puppy had chewed them meant that they rubbed badly on my ankles.

Enter my second pair, which I paid full price for and have owned for about 4 years now. If you need a strong recommendation, know that I hardly ever pay full price for anything. I love these things that much. I got my second pair in the cordovan color, which is a smooth leather instead of the roughed out look of the taupe.

I waterproofed them new out of the box, and proceeded to wear the everloving shit out of them. So what do they look like 4 years later, and do I still love them as much?

Well, the things I loved before I love just as much. They're light, comfortable, and a really terrific solution for hanging out around the barn and even for riding with half chaps. The waterproofing has mostly kept them looking ok, though they have a couple of wear points. I have once or twice rubbed some saddle leather conditioner into them, and that always perks them right up. 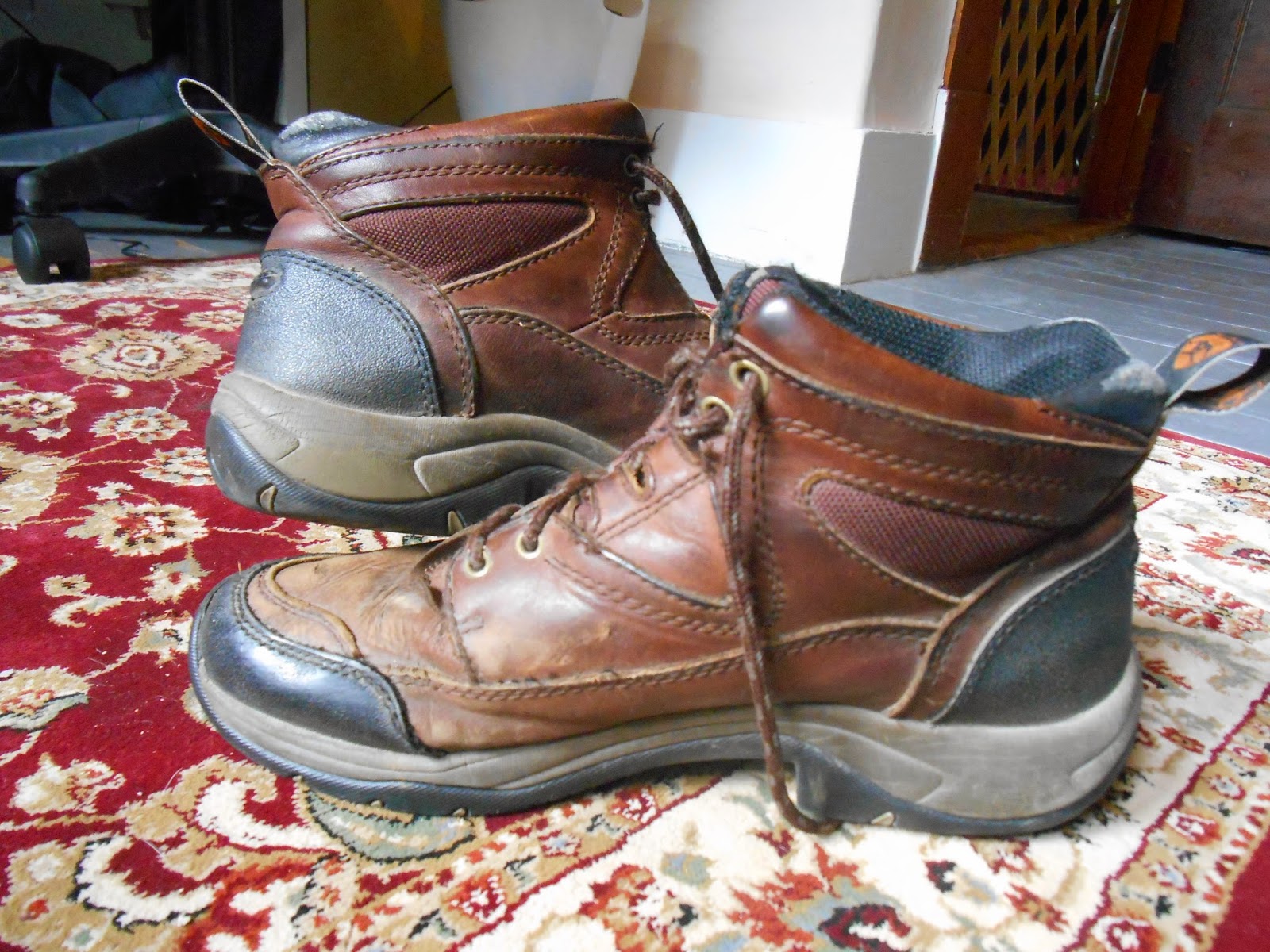 What do I like less? Well, the uppers have clearly not worn terribly well. If you look at the black edging on the top part in my current photo, you'll see that it's worn almost away, and that's simply from wearing them with jeans. Movement from walking alone has rubbed most of that away. The uppers are also pretty broken down, and I found that I have to use the loop at the back to tug them on now. They don't slide on smoothly.

They never had much tread to begin with, and that's now gone to the point of occasionally being slippery on wet surfaces. While the waterproofing held on the surface of the boots, they are NOT waterproof. (Ariat has apparently come out with a newer version of these that is, though.) When I do course walks or jump judging or really any sort of walking through grass in the morning dew, these soak through almost immediately. I went through a phrase of packing multiple pairs of socks per day when eventing, and even then often ended up with nasty swamp foot. Now, I only wear waterproof muck boots for that purpose. These just can't handle getting wet. For that same reason, these are not for doing chores. They just won't hold up.

That being said: I still love them. I still wear them all the time, most often now to trail ride. I basically use them when most people would use paddock boots - and find them far, far more comfortable for that purpose than any paddock boot I've ever worn. I would buy them again, though I would probably invest in the waterproof version. 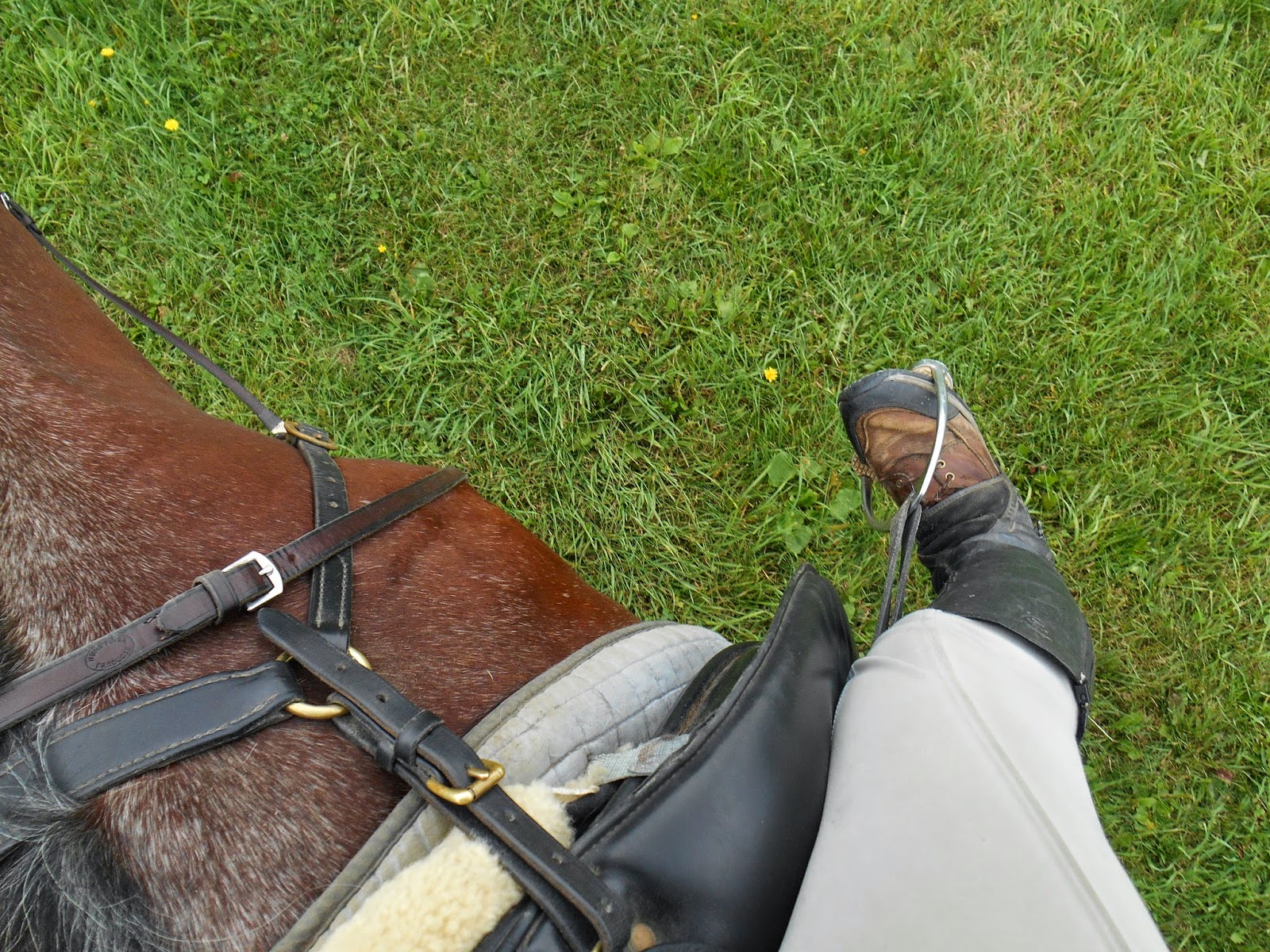