Dreamer: Inspired by a True Story
(available for purchase on Amazon.com) 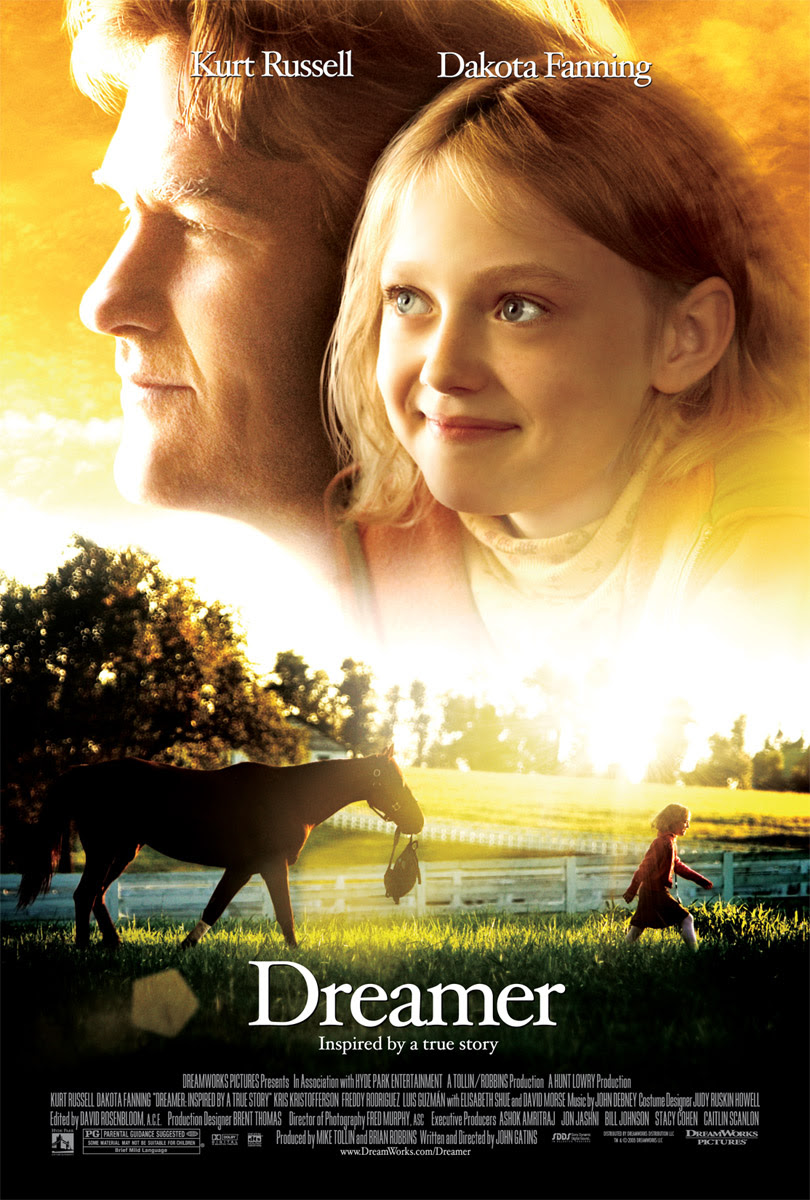 You are a great champion. When you ran, the ground shook, the sky opened and mere mortals parted. Parted the way to victory, where you'll meet me in the winner's circle, where I'll put a blanket of flowers on your back.

Cale Crane and her family rediscover each other as they nurse a broken down racehorse back to greatness. It's a pretty standard plot: girl meets horse, horse is injured, girl believes in horse, horse proves girl right all along.

If Racing Stripes was the underdog race movie done wrong, Dreamer is that movie done right. They have more than their fair share of similarities; both fathers aren't following their dreams, both daughters find a connection with a horse (er, equine) that allows them to reconnect with their fathers, both duos prove everyone wrong.

The devil is in the details, though. This movie really is a loving homage to the horse racing industry, or at least a highly idealized version of it. (It is Hollywood, after all.) Many of the small things are just right, from the way Sonya's fracture is described to the guest appearances by Giant's Causeway and Fusaichi Pegasus, from the way Ben mixes up fly spray in a beat-up bottle to the realities of race entrance fees and the rivalry between two Middle Eastern brothers as they throw about huge sums of money. They even do a nice call-out to the "Inspired by a True Story" subtitle of the movie when they explicitly reference Mariah's Storm, her injury, and her return to racing. 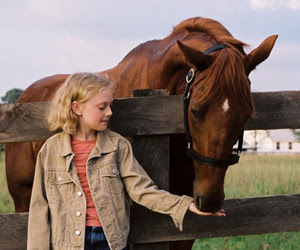 Sure, it tips too far into wish fulfillment at times, and sure, Cale is played a bit too cutesy especially as regards her ownership of the horse - sometimes her father's trusting of her reads less as parenting and more as abdicating responsibility - but it actually hits the right notes when it needs to. It also does the final race scene really, really well, which is harder to do than you would think (I'm looking at you, Secretariat).

In all, I'd definitely recommend it. It's a nice Sunday morning watch, it will hit the right sentimental buttons without getting too treacly, and enough of the horse details are right to keep a knowledgeable horse person in the movie.
at 10:00 AM