Tristan has been chuffing right along, but this week we were greeted with a setback. After some lovely long road hacks and some good flat work, two things happened nearly at the same time.

The first is that I pulled off his saddle and finally, sinkingly, acknowledged that the white spot on his wither was not just an artifact of his winter coloring (which does in fact change from season to season) but an actual saddle rub/pressure point. Neither saddle interferes too much, and in fact both fit him well, but with the lack of muscling on his back (still, ugh) saddle pads are slipping down and pushing tight against his withers by midway through the ride.

Soon after that, he got a massage in which we confirmed that he was pretty tight and awful through his left side, in a triangle out from that pressure point, and his muscling is lopsided. My friend, his massage therapist, looked at saddles with me and agreed that they are both essentially good fits - the jump saddle perhaps a bit less so - but that saddle pads almost instantly want to slide back and down.

So a solution, in two parts:

1) A fleece half pad, to be his only saddle pad for a period of time. The idea is the fleece will be forgiving and cushioning and I'll just have to stay on top of brushing it off/cleaning it regularly.

2) Longeing in a regular program. In an ideal world, this would be in side reins. In Tristan-world, this is simply not an option if I want him to develop proper muscles. He has never, ever, ever softened into side reins, and I made another attempt at it a few weeks ago and still he braced and flailed and fought through every stride. They don't have the responsive give that he needs and also he's kind of a jerk and stiff through the jaw anyway, and side reins are just not the right tool for him.

So for now, longeing nekkid, 2x a week, for 20 minutes at a time, 3 minutes per side. Friday night I brought him out and warmed him up at the walk and trot, then set out poles in a circle of death exercise. He started off tripping over them every time, but eventually softened into taking them in stride and doing some stretching over his back. 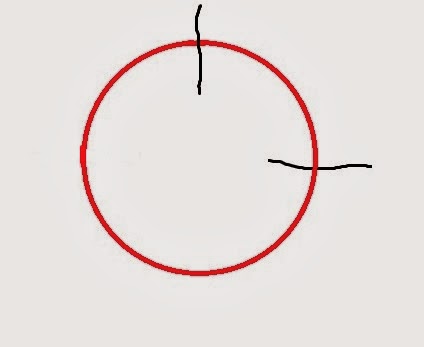 Then we picked up a canter and he bucked and farted and kicked in and generally was an ass and scared the small child on a pony at the other end of the ring. But he settled down for step 2 at the canter: 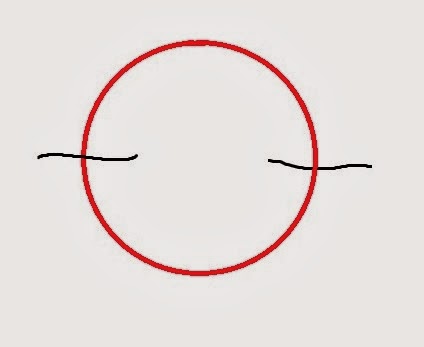 Then back to the walk and trot for step 3: 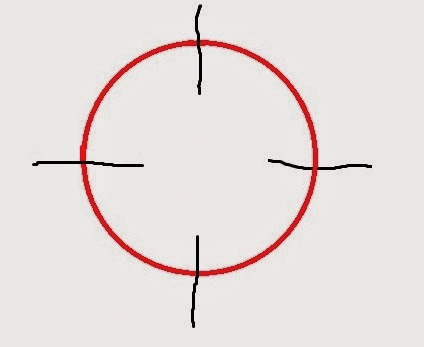 By step 3, he was really hunting out the poles, and with voluminous praise for a) going forward and b) taking the poles in stride, it was kind of fun to see him realize that it could be a game.

We'll continue variations on this though probably only once a week because for now it is hard work. On non-pole days I'm going to do some experimenting: I've ordered a chambon from SmartPak after much researching and thinking and deliberating. I think it will help him reach in the right way to build his back, and it has the right give to reward him. We'll only use it on the longe and only for short periods, but I'll report back on progress.