This is not my very least favorite project (that's still the root cellar ceiling, that was the WORST, which I guess I didn't blog about?) but it's probably a top 5 and that makes two out of the top 5 in the basement, UGH.

It's also STILL NOT DONE. Honestly "finish it for the blog post" was the only reason it's as far as it got this week, it fucking sucked.

Why did it suck, you ask?

Well. Scale is tough in photographs, so I measured. This shelving is 48" deep by 9.5' long. So really big. And it is simultaneously very flimsy and very sturdily constructed, in the worst possible combination.

My goal was to cut it down the middle, reattach bracing on the back, and then turn it to a different wall.

It's so long that I measured my depth (actually a little less than half, at 20") at various points and then snapped a line with chalk. Because it's a horizontal surface in a dark corner, and because I had to sort of crawl under rickety nail-filled boards to do so, that took longer than it sounds like. Plus, there was so much dust and paint flakes and sawdust on the shelves the chalk didn't take very well.

Then I cut down the middle, and discovered that there was a lot more bracing than I thought, and the bracing was too thick for the circular saw, so I had to go back over my lines again with a little jigsaw, and holy shit was it angry with me. Even after that, I'd miss pieces and have to bodily wrench the shelves apart, and then parts I didn't want to come apart would come off, complete with rusty nails, and it's a miracle I haven't cut off a finger or needed a new tetanus booster yet. 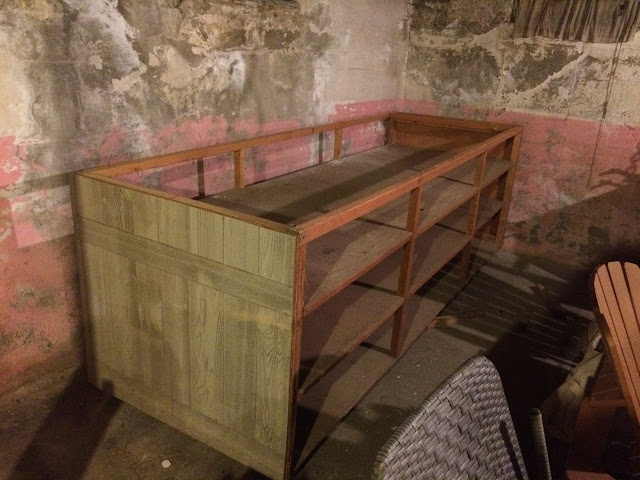 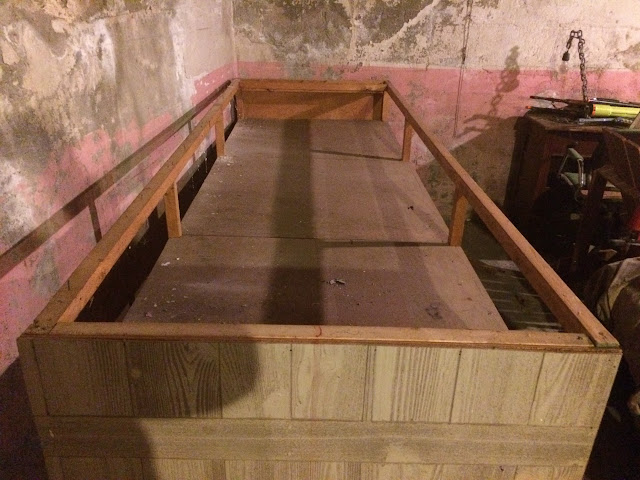 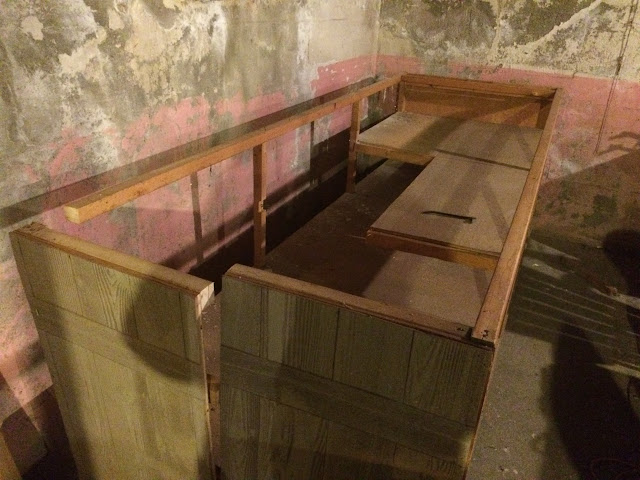 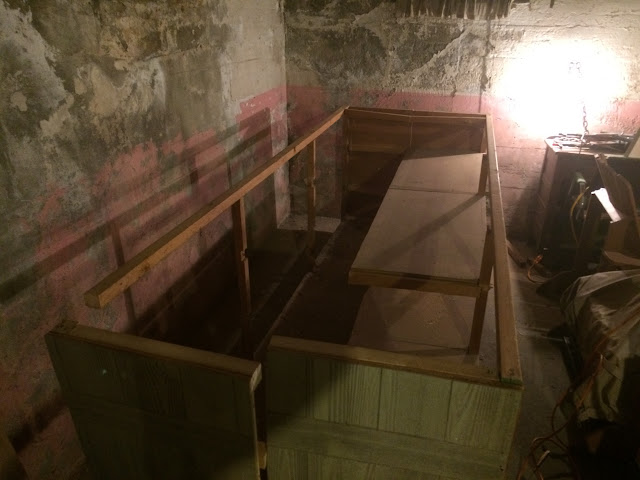 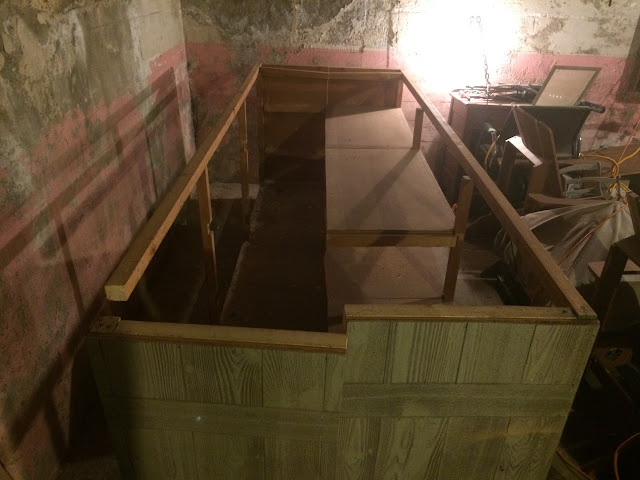 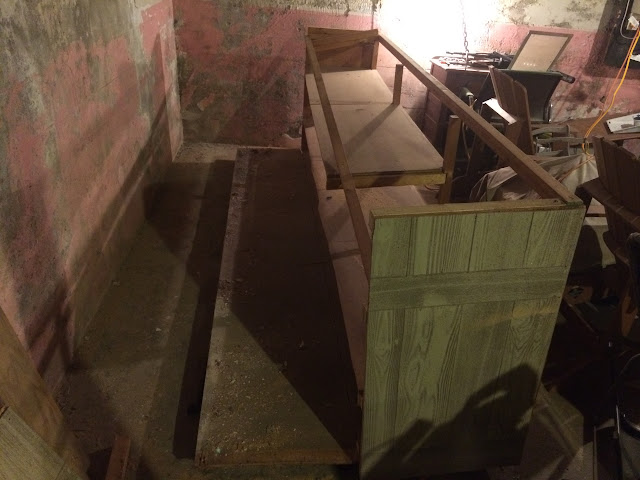 The last picture is the current state of affairs, but of course there's a TON of bracing underneath that is extra deep. It's actually cut from the top but still not going anywhere.

So on Monday the next step is going to be to move more things out of the way, tip it forward, and cut from the bottom. Then keep it tipped on its face to re-attach the bracing, and while I am hoping to reuse pieces of lumber from the back that is feeling less and less realistic because of the ways it came apart. I may have to go out and buy some 2x2 pieces to replace them and just put the others in the burn pile.

It would've been faster to just build new shelving from scrap. This had better be really useful.
at 12:00 PM