First things first: Tris went outside last night! I took him to one of the small turnouts near to the barn and threw him a flake of hay. He behaved beautifully, just munched away happily. He went on a bit of a walkabout in search of a puddle to drink from, but that was it. 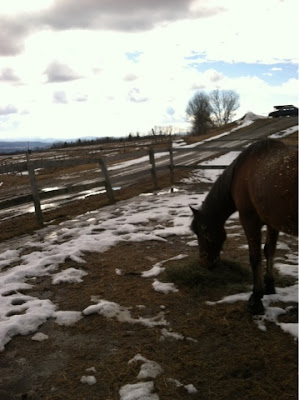 Unfortunately, the mud/puddle situation is such that I don't think he can go on more frequent turnout until he is more healed or it's drier. His boots are too porous. They are really meant for stall rest. So he will get occasional, supervised outings but mostly stick to handwalking.

In the good news department, he has finally started shedding! I spent a whole currying away while he was eating his hay. Spring is on its way! 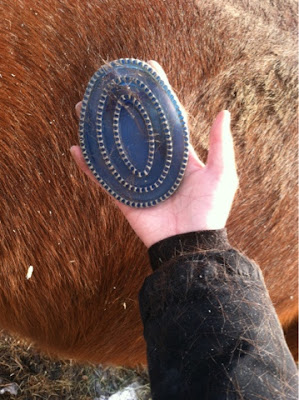