And one step back

Good news: he is sound at the walk and trot, and the vet caught the infection, and we tranq'd him and she cut back a bit to get at clean, bleeding flesh. We sent pictures off to the surgeon and he was concerned but not worried.

Good news also that we are wrapping les, so he fit into his normal sized boot today, and he's cleared to do more handwalking and try some light turnout.

So I keep up with my flushing/wrapping schedule, and add a powdered antibiotic called metronidazole on top of the wound - it's the same stuff we were using in his abscess holes in the fall, for anaerobic infection.

The surgeon also suggested soaking the foot a few times, to draw out the infection. Basically treat it like an abscess. I'll dig out & disinfect his soaking boot in the next few days and start that on Wednesday, with his next rewrapping.

If he goes lame, throws a temp, etc, then we start to worry but until then we assume this is small, mostly surface, and while we are treating it aggressively, it probably won't be a setback.

Scroll down for pictures, first showing the infection/pus, second showing the cleaned out foot - it's grown back quite a bit, really, so that's encouraging. 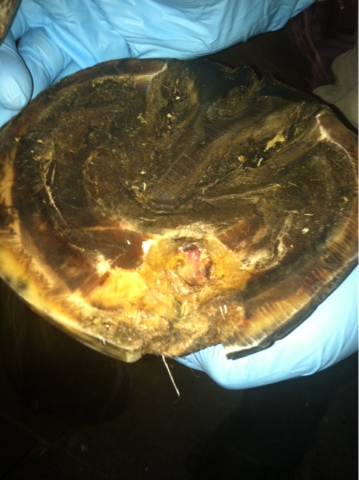 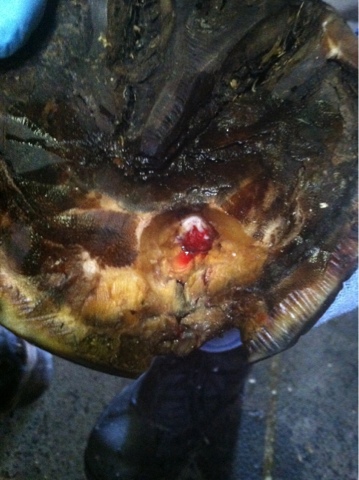