The man cave has one wall that we did not take apart. It's the wall that goes back to the house. 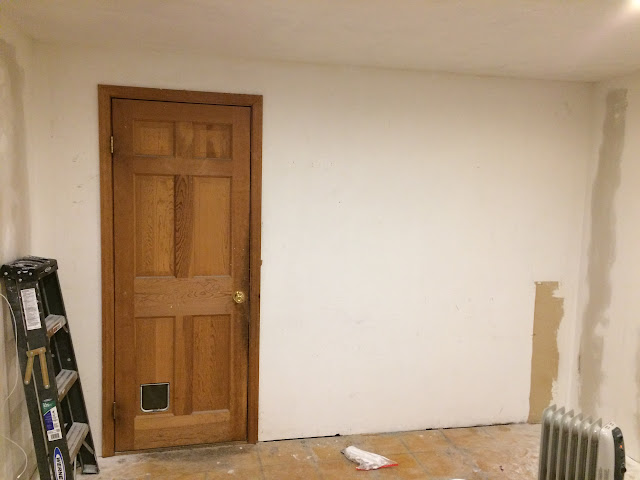 We had in fact left it entirely untouched - except there were two problems with that wall.

Problem the first: it had a LOT of holes in it. 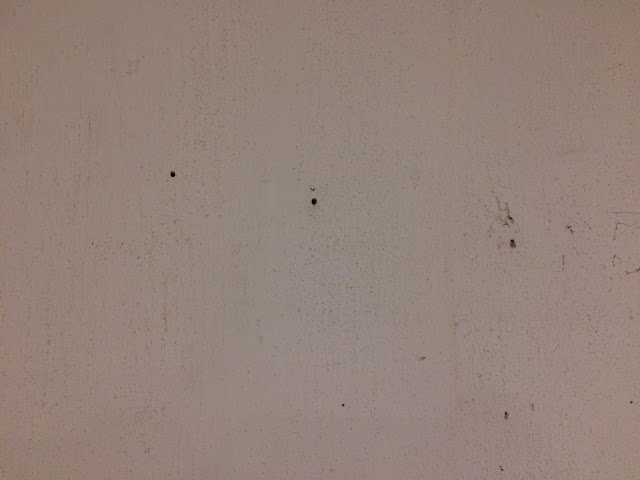 Problem the second: it was textured like a 1980s ceiling. 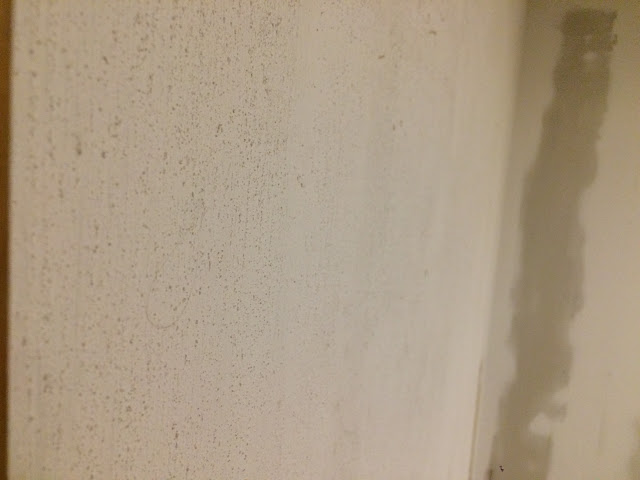 Options for what to do, in order of time + effort:
a) leave it entirely alone and just paint over it.
b) patch the holes
c) skimcoat the entire wall with mud

If you've been following any of my house posts, you know which one I chose. 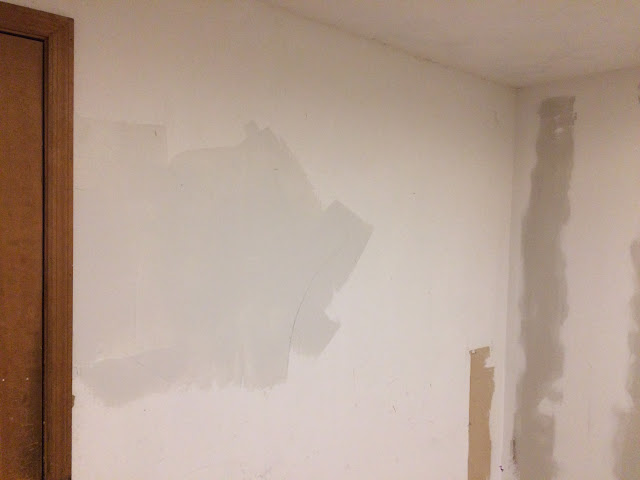 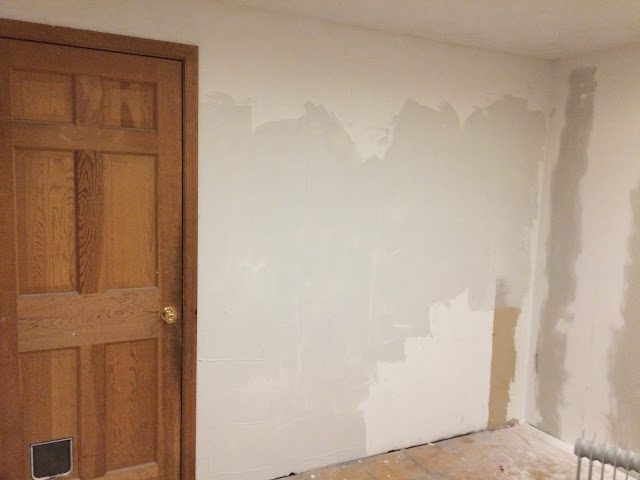 Yeah, the one that required the most work. It actually could've been far worse: the plastering took maybe an hour, and so far I've put about an hour's worth of sanding into it. Maybe another hour of sanding and then some careful additional plastering and it will be ready to prime.

The rest of the room is baaaaaasically ready to go at this point, just needs some sanding up near the top and some sponging, so painting is maybe-sorta-kinda on the horizon?

(I'm not driving this project; my husband is. It would've been done weeks ago if I were in charge, but I am practicing patience and letting my husband make his own choices and set his own priorities which I'm told is a good thing for a marriage but is mostly making me completely fucking insane.)