Blog Hop: If your horse were a drink...

My life has been such that I have only put hands on my horse once in the last seven days, but when I arrived last night to pet him on the nose before getting back to work, my luck was in: the farrier was just pulling him out of his stall! It was really great to chat with him about how Tristan's feet are doing, and about life in general, because he's a really nice guy.

While we were finishing up, I remarked that Tristan's face was zoned out in way that made me remark that he was on a sunny beach somewhere, sipping a fruity drink with an umbrella in it - off in his happy place, basically, ignoring the idiots around him.

The barn manager happened to be walking by. "No way," she said. "He's not a fruity drink horse. But what would he be drinking?"

"Straight vodka," was my prompt (and not terribly kind) response.

"Something a little bit classier, but also sassy," the barn manager suggested. "Whisky, or scotch?"

"Whiskey sour!" I hit on immediately.

That was an instant success. Barn manager said that when he's behaving in a lesson, using his hind end and all packaged together, he's a whiskey sour in a nice tumbler etched with his monogram. When he's bolting hell bent for leather and running into the curb chain on his kimberwicke, he's poured out the kind of whiskey you need the sour mix to disguise, and bolting it down out of a red solo cup. 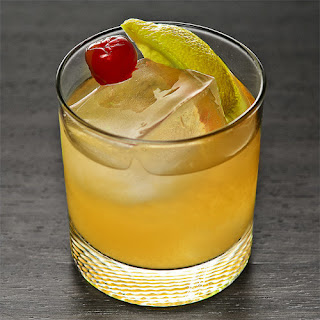 We've decided that naming drinks for all the horses in the barn will make an excellent future game for long winter days.

So now I put it to you all.

If your horse were an alcoholic drink, what would it be?
at 11:45 AM