When we re-wired the house, we discovered that the previous front porch lights were DONE. 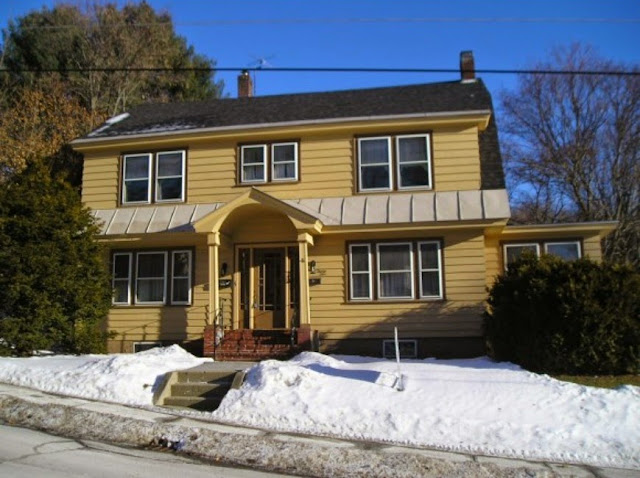 you can sort of see them here, to either side of the front door.

They were probably original to the house, c. 1928, and the insulation on the wiring had melted off. The metal of the lights themselves was done. Kaput. Unsalvageable. How they had not simply disintegrated off the front of the house or caused a fire is a mystery to me. 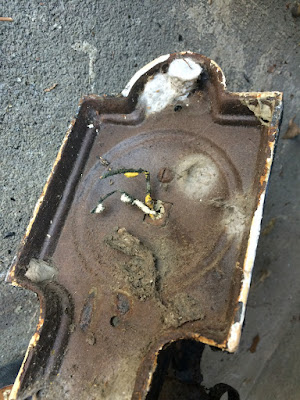 I found new front porch lights that I loved in, of all places, HGTV Magazine (I KNOW), but they were hundreds of dollars apiece. I showed them to my in-laws when they were visiting and my father-in-law, who loves a challenge, emailed me a link a few weeks later to some very similar lights for $120 each. Sold!

Then the project kept languishing. See, the previous lights had simply been screwed on to the front of the house without regard for the slant of the siding. That was reasonable because they were dangling - they would right themselves via gravity. That was not the case for our new lights.

We hemmed and hawed and debated and bought 2 different versions of mounting blocks that seemed like they might fit over the siding but were the wrong size and I tried to hire our handyman guy to do it but a) he was booked months and months out and b) he really thought I could do it myself. I guess I gave him way too high an opinion of my competence during the ceiling fan project?

In the meantime...basically we had bare bulbs hanging on their wires off the front of our house. For a long time. They were under eaves so it wasn't a huge problem but it was still Not Good.

Finally, FINALLY, I put it to the top of the list for my parents' next visit, and my magical father brought all his tools and put up our new lights. 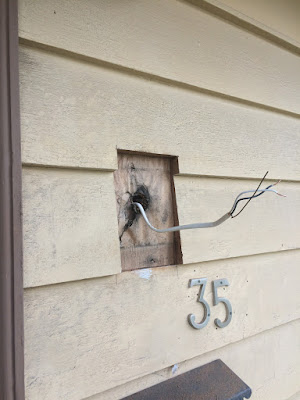 Step 1: Cut out the siding down to the actual wall of the house. 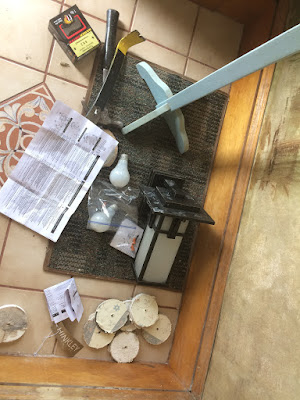 Yeah the lights have been sitting there since we bought them 10 months ago apparently I have no shame. 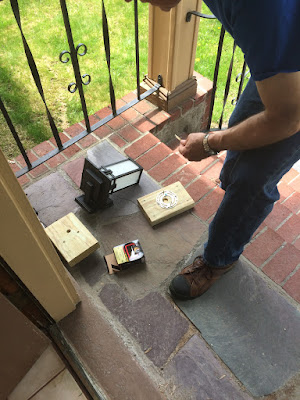 Step 2: Devise a complicated mounting system with pressure treated blocks and carefully measured pre-drilled holes. Swear a lot. Ok, that might just be my dad's step 2. 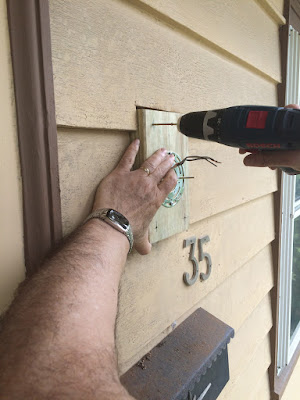 Step 3: Put up the block itself! 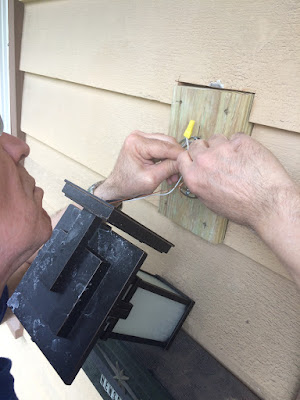 Step 4: Wire in the lights. 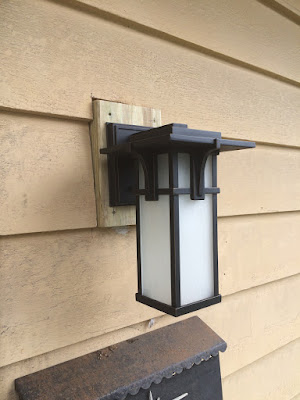 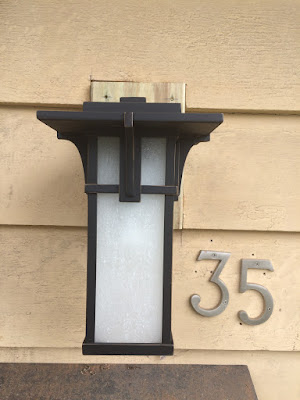 Step 5: Ooooh and aaaah over how pretty they are.

Step 6, apparently not pictured: Caulk around the edges of the new mounting block just to be safe about moisture getting under the siding. 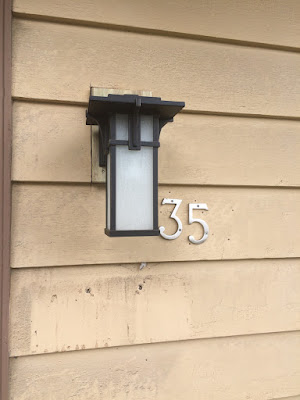 Step 6: Realize there's zero reason for the old mail & newspaper boxes to be there since we put in a new mailbox down on the street. Remove them. Vow to pressure wash the house at some point this summer, gross.

In short: I love them!