Most of what I've been doing around the house doesn't qualify as blogworthy: slowly but surely going through piles of stuff to sort it into keep, throw away, donate. I returned from a recent visit to my parents' house with five stuffed full tupperware of random things from my childhood. Those were in addition to the 5-7 last remaining boxes of random crap hanging around the house. Some of it I do want to keep; some of it I'm content to shove back in the box and think about in a few more years; some of it is going right out the door.

So here, have some brief updates on the very slow project of getting the wallpaper down in the dining room. I'm not putting any kind of urgency behind this project; rather, "dining room" is a line on my to do list each day, and all I have to do is make SOME kind of forward progress. Some days that's 10 minutes just tugging at the top layer of wallpaper. Some days that's firing up the actual steamer. Baby steps. I still don't know what to do with the wainscoting, though I have many awesome ideas now, so there's no rush just yet. If I had a clear mental image of the final product I'd be moving much faster.

Before, during, & continuation of one corner. 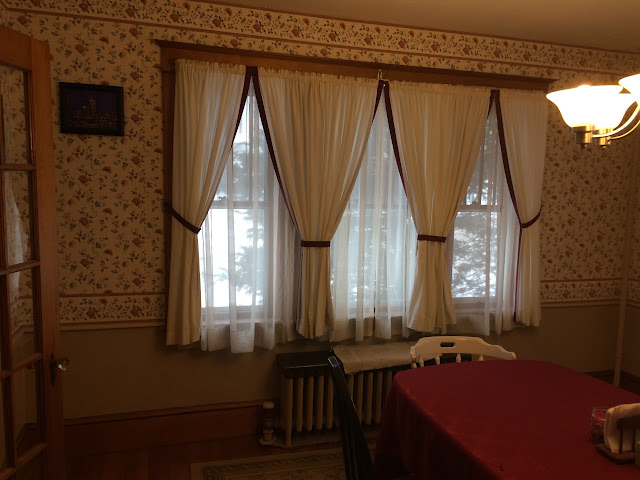 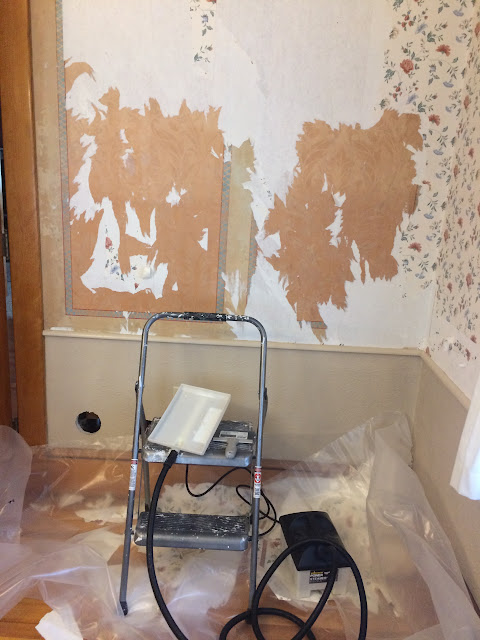 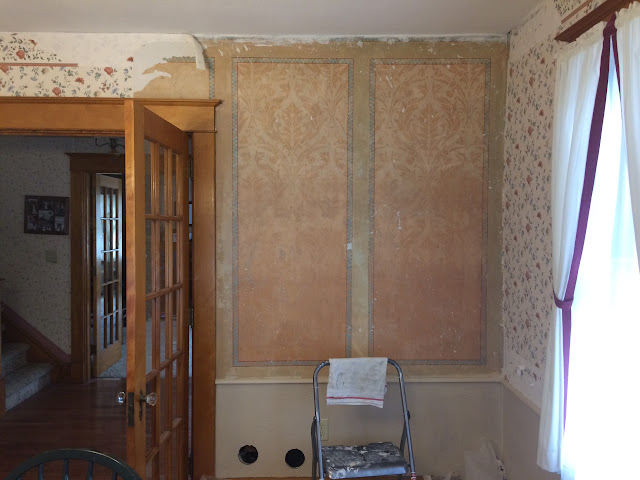