I mentioned once before that I have a new technique for making Tristan work harder. I'm really pleased with the way it turned out, actually: it does exactly what I hoped it would, and it will be a great tool for those winter days where it's too flipping cold to work for a full hour.

When I was first putting it together, the barn manager walked by and I explained it to her and she exclaimed "It's like a redneck Pessoa system!" Well, sort of. It has more in common with a TTouch bandage wrap. I like to think it combines the best of both. In essentials: it's a resistance band that loops around his hind quarters and attaches to a surcingle, making him work twice as hard with every step, strengthening his hind end, stifles, and lower back.

I can't necessarily take credit for this. I read that someone on the COTH forums had tried it and loved the idea immediately, found it was quick, easy, and inexpensive to put together, and worked exactly as advertised. Ready? 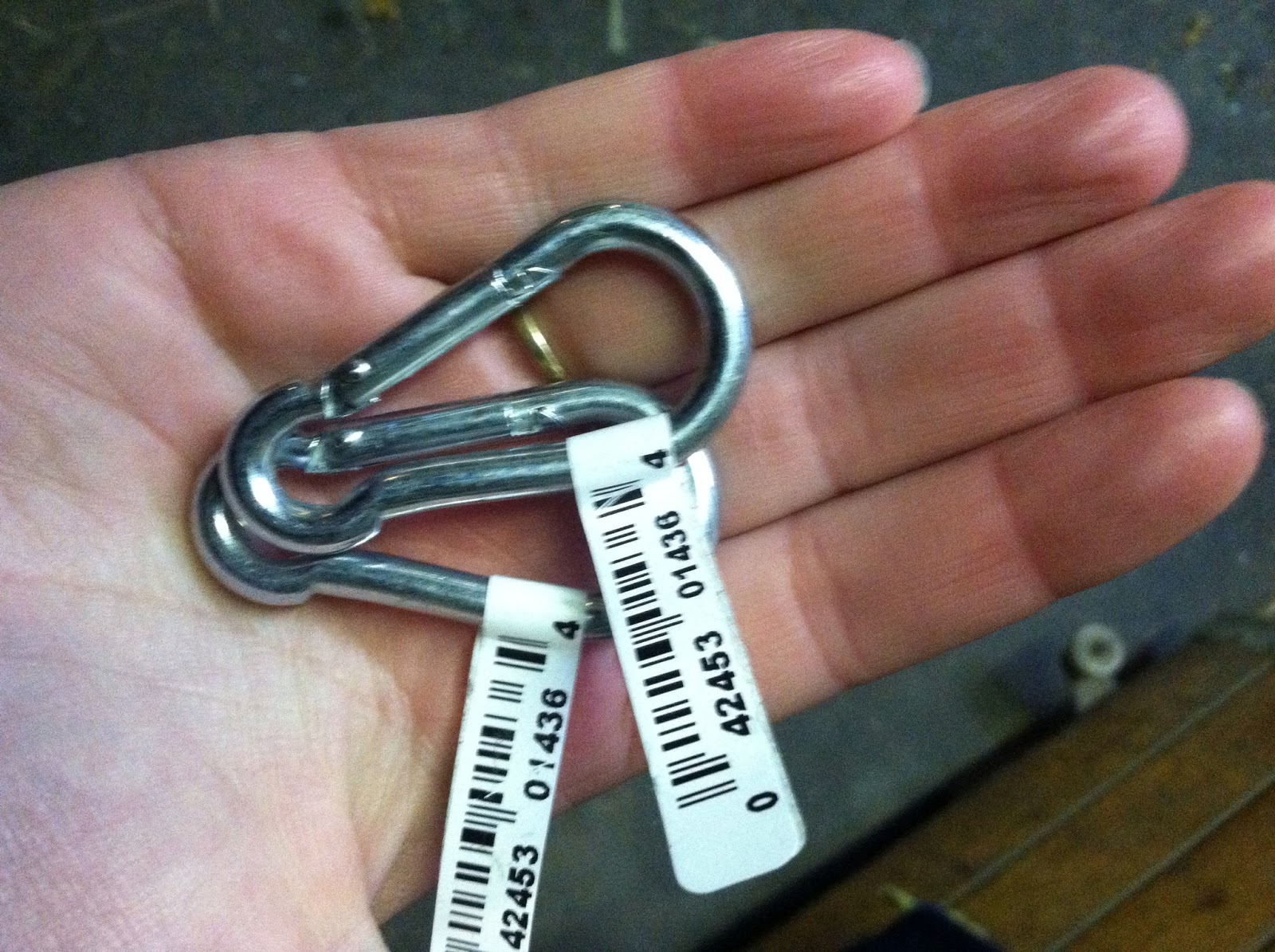 Step 1: Two carabiners, purchased at the hardware store downtown. My hand will show you their approximate size. They're not large, nor are they mountain-ready, but they did the trick nicely. $1.49 each. 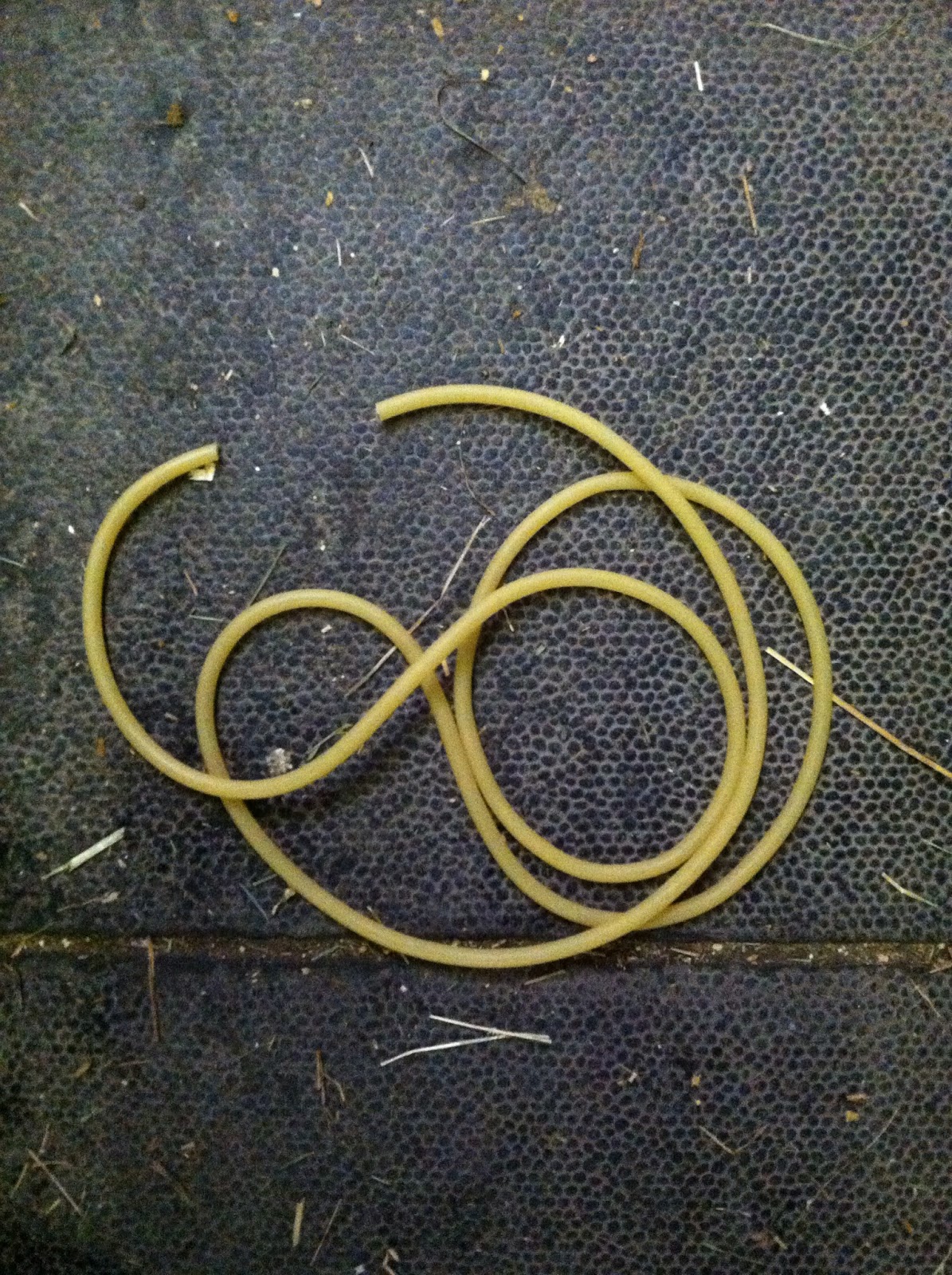 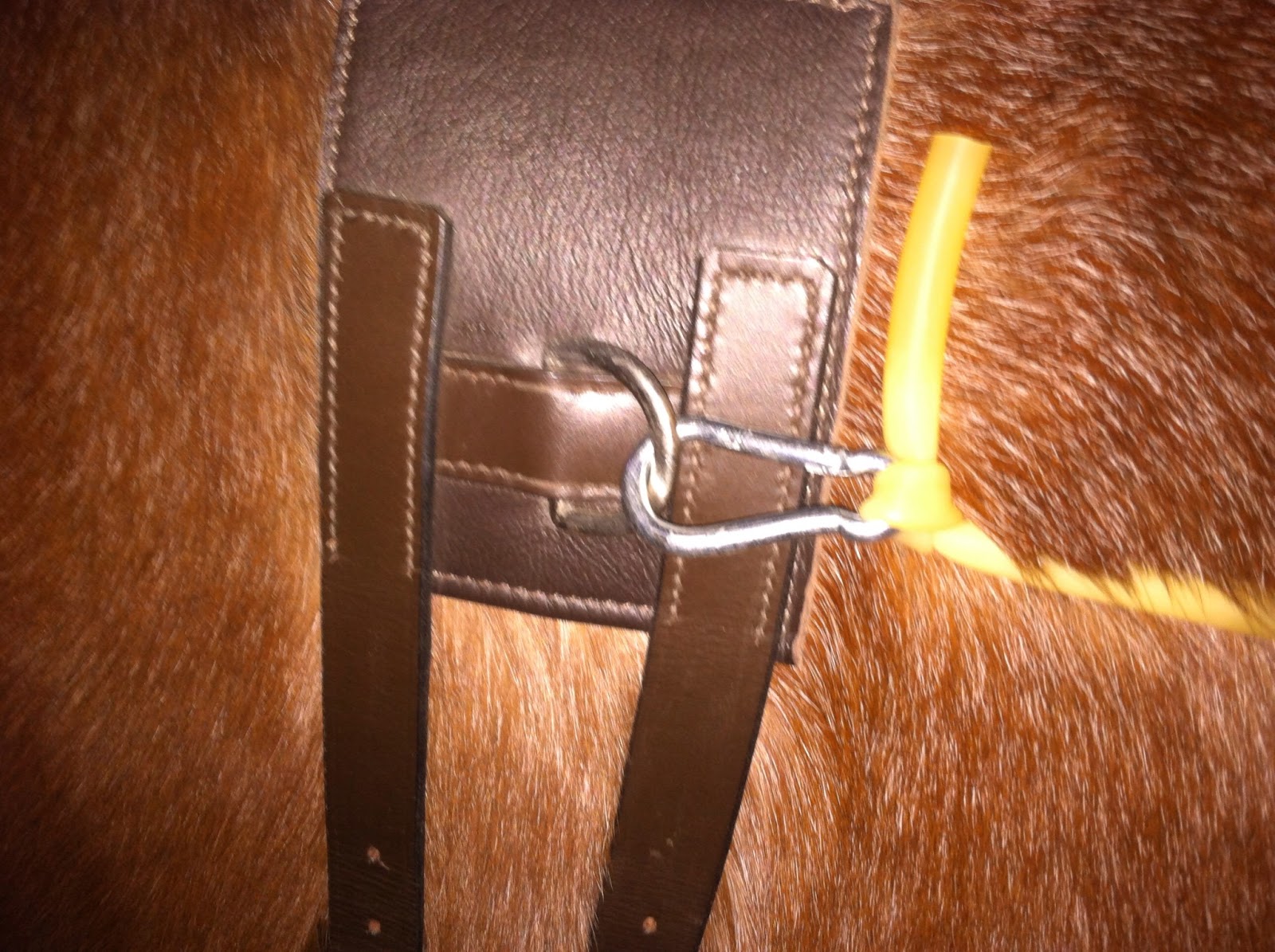 Step 3: Tie the surgical tubing to the end of the carabiner. Get a nice, tight knot. Pull the surgical tubing around the hind end, under the tail, tucked in that groove just above the hocks, and around to the other side. It helps if you have it attached to a surcingle or girth already for this step. I pulled until it was fairly snug, and it took a bit of muscle to pull it back, but it wasn't so tight that it was hard to pull. More like, I could just feel resistance. I tied it off on a carabiner attached to the other side, and had about 1 foot of tubing left. (So I'd recommend closer to 10 feet for a larger horse; Tris is right on the line between cob and horse sized for many tack fitting things.) Step 4: Torture your pony. When I longe him in this, he oversteps 2-3X more than he does without it. He also gets tired much faster, so I limit the use of this to 10 minutes, max, and only 5 of that in the trot.

I am still feeling out when I think it is most useful; I tend to use either this OR the chambon, because I don't think it's fair to isolate two muscle groups at once right now. If he were more muscled up, or in better shape, sure, I'd double up. I wouldn't use either until he's warmed up, but that's my own personal neurosis.

I've used it both in longeing and under saddle and I almost like it better under saddle, because I can direct that hind end push more effectively. He is a more forward horse on the longe line, and that's when I tend to use the chambon to help him reach and develop back muscles without interference from the saddle.