I spent this past Sunday scribing in one of two rings at one of Vermont's bigger recognized dressage shows, Vermont Dressage Days. I'd been to the show in the past, when I lived in Vermont before, but this year I was asked to volunteer. One of the longtime organizers is a former co-owner of my barn and a friend. I said yes, of course - I am a sucker for any kind of horse volunteering, and scribing is close to the top of my list of favorite things to do. (It's probably a three-way tie between scribing, jump judging, and ring stewarding.) 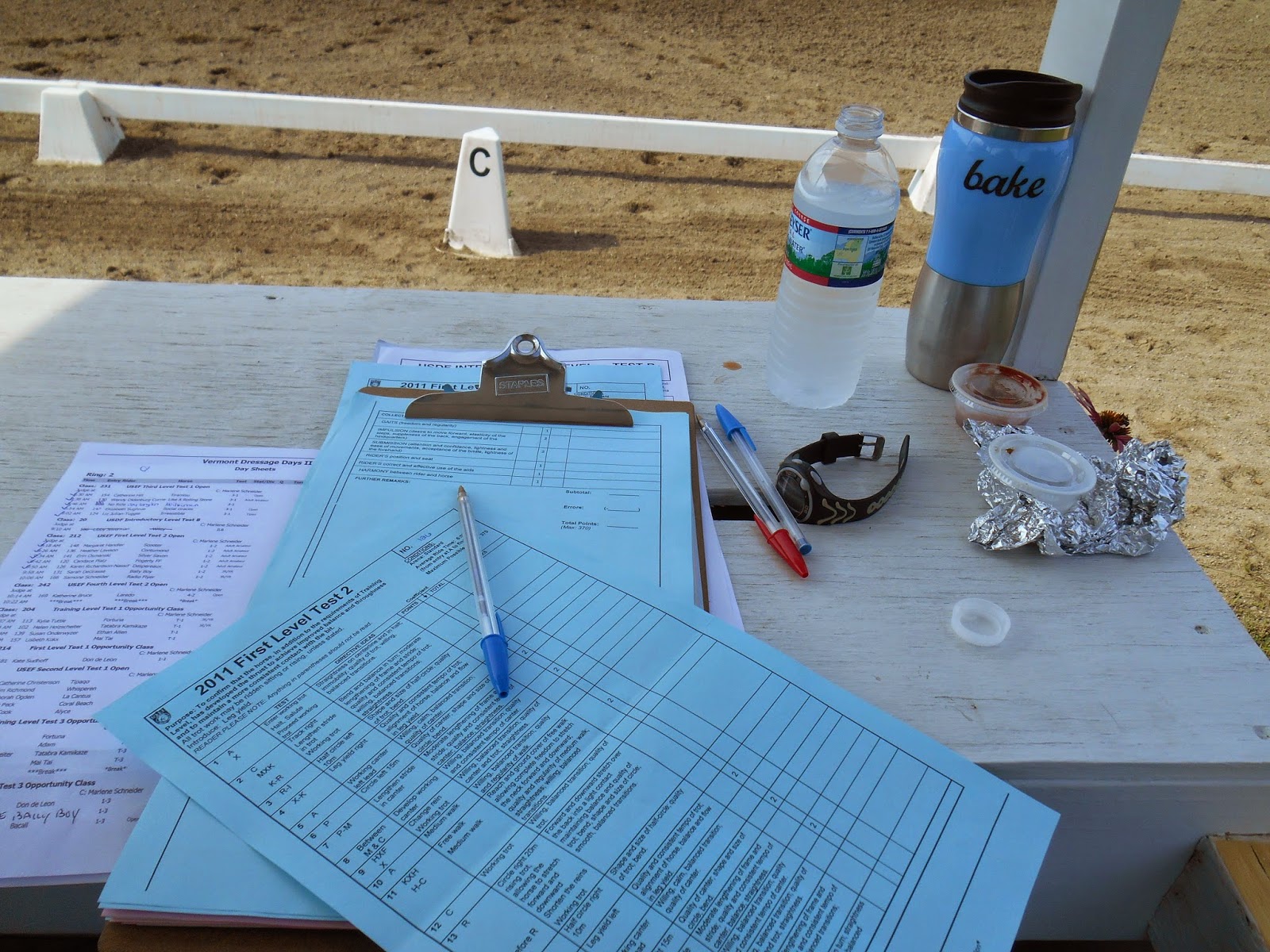 Tools of the trade: order of go, tests, blue and red pens, water, tea, watch, and the wrapper from my breakfast burrito.

I was coming down with a bad cold, and it was a very long day: tests right from 8:30 am to 4:30 pm. I've never scribed so many tests above Training level in my life, and once you get past Second level those movements come fast and furious. I had to take several breaks to shake my hand out.

What an absolutely phenomenal day, though. I have never scribed for a better judge, on so many levels. She was right on top of the game, and I can count the number of times I had to remind her to give me a score, or got mixed up because she gave too many scores at once, on one hand. I've never scribed for such an efficient, knowledgeable judge. 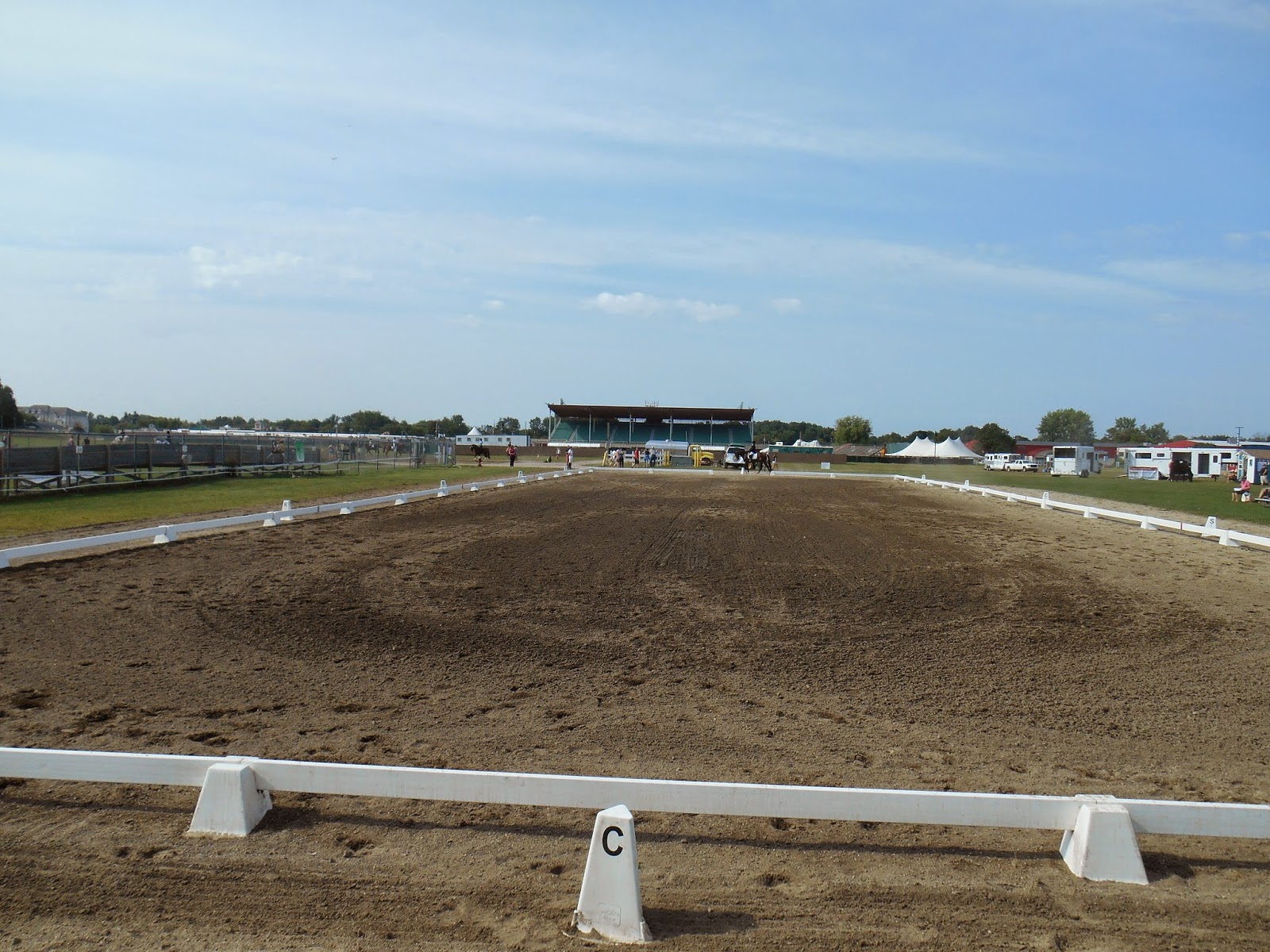 She also knew those tests cold. Many other judges I've worked with have had to take a minute or two when we switch test. Not this judge! All I had to do was give her the test, she flipped to her spot in the binder, and bam, we were good to go. Amazing. She gave a full range of scores (first time I've ever written a 1.0!) and I loved how she adjusted her expectations for the test in front of her. It was definitely the first time I've ever written "poll too low" on a Training level test!

I was also impressed and thrilled when a judge in training approached and asked to observe for the day. So not only did I get the judge's comments - which were insightful and spot-on - but I got the conversation between the judge and the student after and sometimes during each test as they compared the scores they had given. I also learned a TON about the inside track of becoming a USDF judge. Fascinating stuff.

Lunch was fabulous, and the show had rented an RV so that judges and officials could have a quiet place to relax. I got to eat lunch with the judges. Spoiled. Not only that, but there was a cooler full of cold beverages and a basket full of snacks at our booth all day and I got an awesome t-shirt. (Photo of that forthcoming.)

I'd volunteer for them again in a heartbeat, and I'm glad I did this weekend. What an absolutely incredible learning experience!