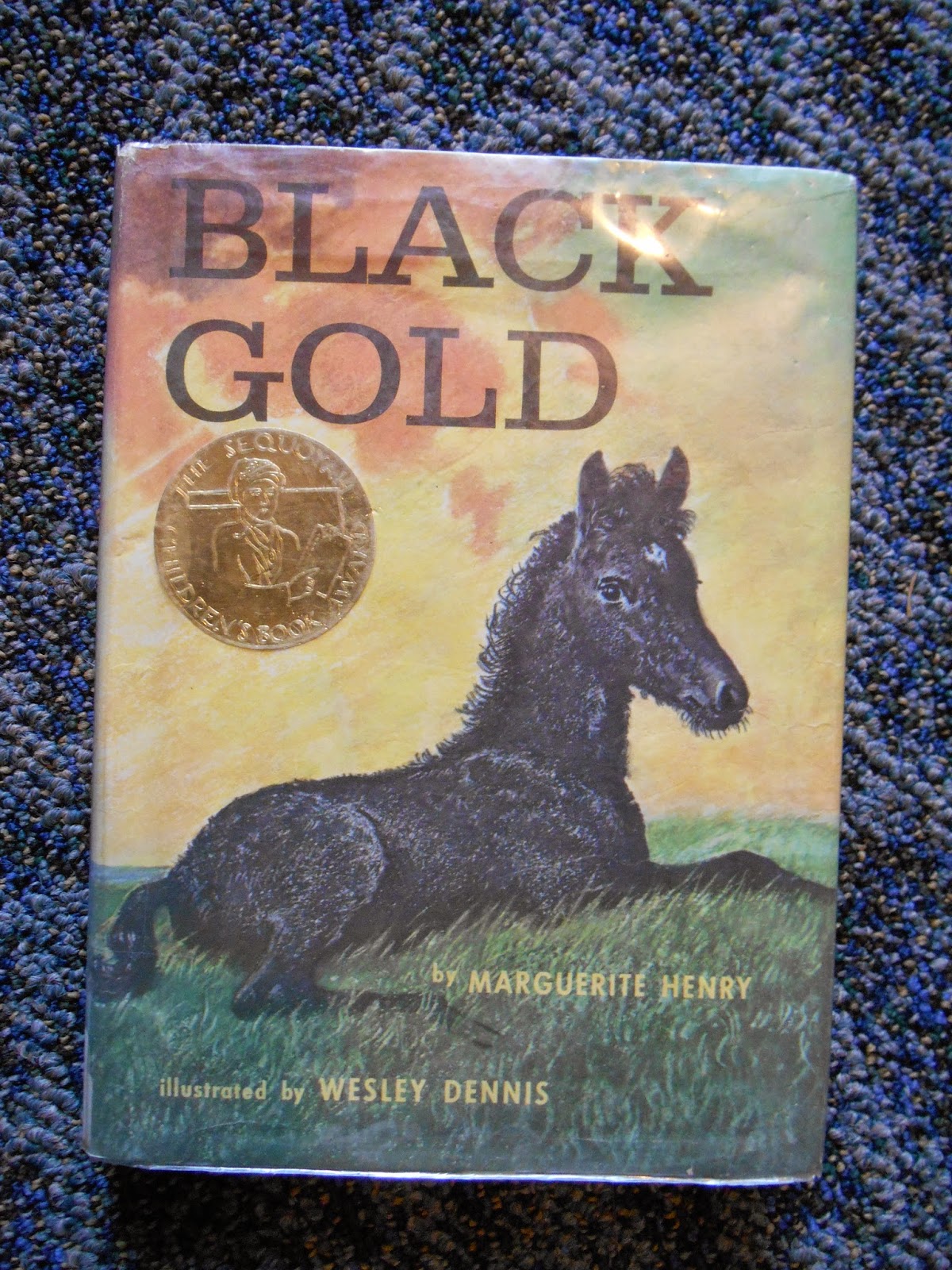 Otherwise known as, god damn you anyway, I wasn't doing anything with that heart, you go ahead and shatter it into a million pieces.

So for various reasons that I will talk about in a little while, I found myself at the town library seeking out Marguerite Henry books. I had zero intention of re-reading Black Gold, but there it was on the shelf, in the big hardcover edition, with Wesley Dennis illustrations. I couldn't not. (There oughta be a law about publishing Marguerite Henry books without Wesley Dennis illustrations: I'm looking at you, current crappy paperback editions.)

Black Gold is one of Henry's YA re-tellings of a true historical story, which actually sums up most of her canon, now that I think about it. It has the requisite boy who falls in love with the young horse, clever personalities, quirky details, and really wonderful writing. The real Black Gold was maybe not so mythical or personable, but in many essentials, the story is the same. 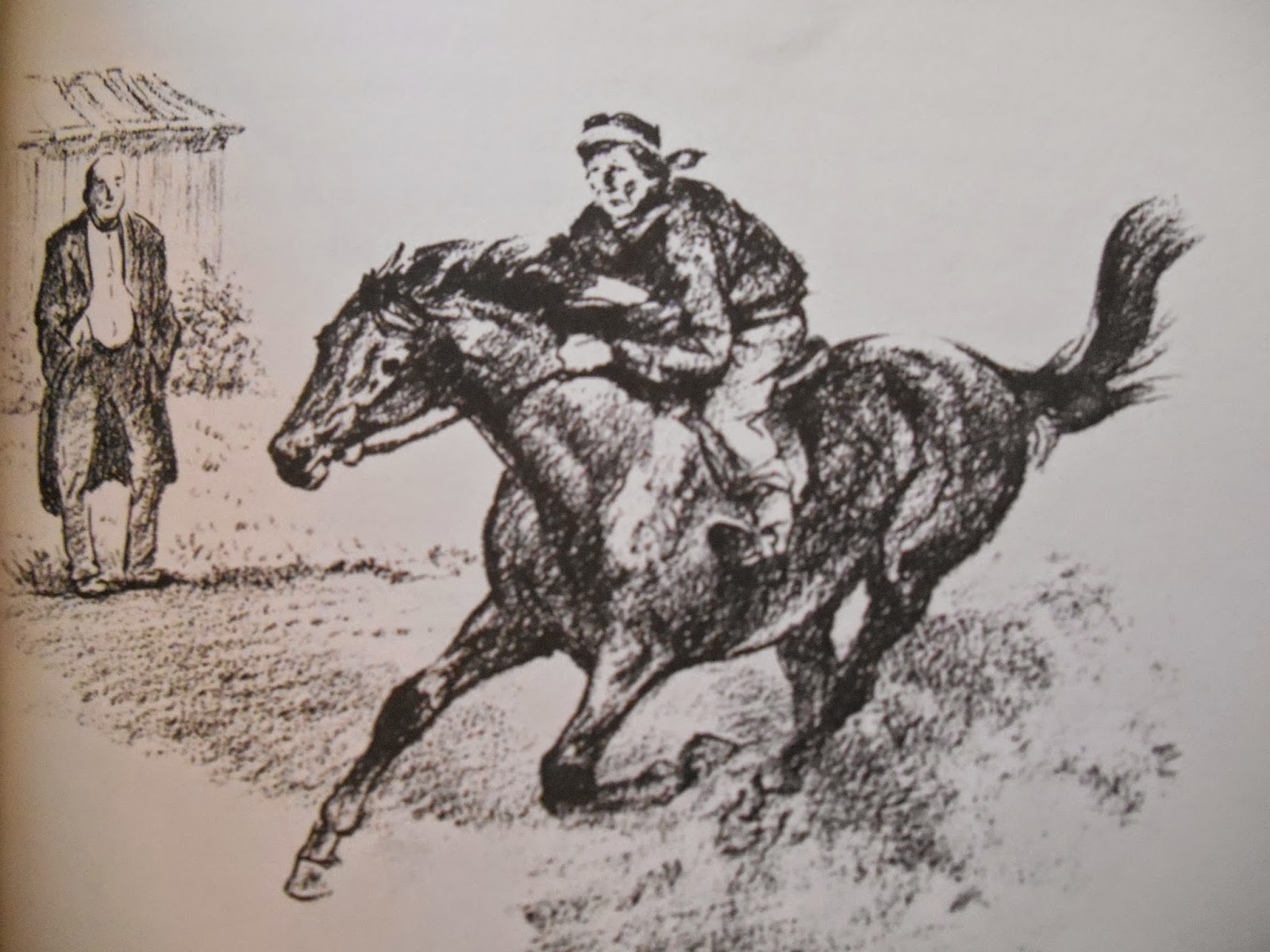 In summary: Black Gold is the son of the sprint mare U-See-It, owned by Al and Rosa Hoots and trained by Hanley Webb. U-See-It was banned from the track after Hoots refused to give her up in a claiming race, and so the decision was made to breed her to Black Toney.

Black Gold proved to be an excellent racer himself, and won the 1924 Kentucky Derby, among other stakes races. He was groomed and ridden by J.D. Mooney, who went on to be a celebrated jockey on other horses. Black Gold was retired for soundness issues, but proved to be a dud in the breeder's shed, so he went back to the track at age six. He broke down in a race in New Orleans: "on three legs and a heart, he finished the race." 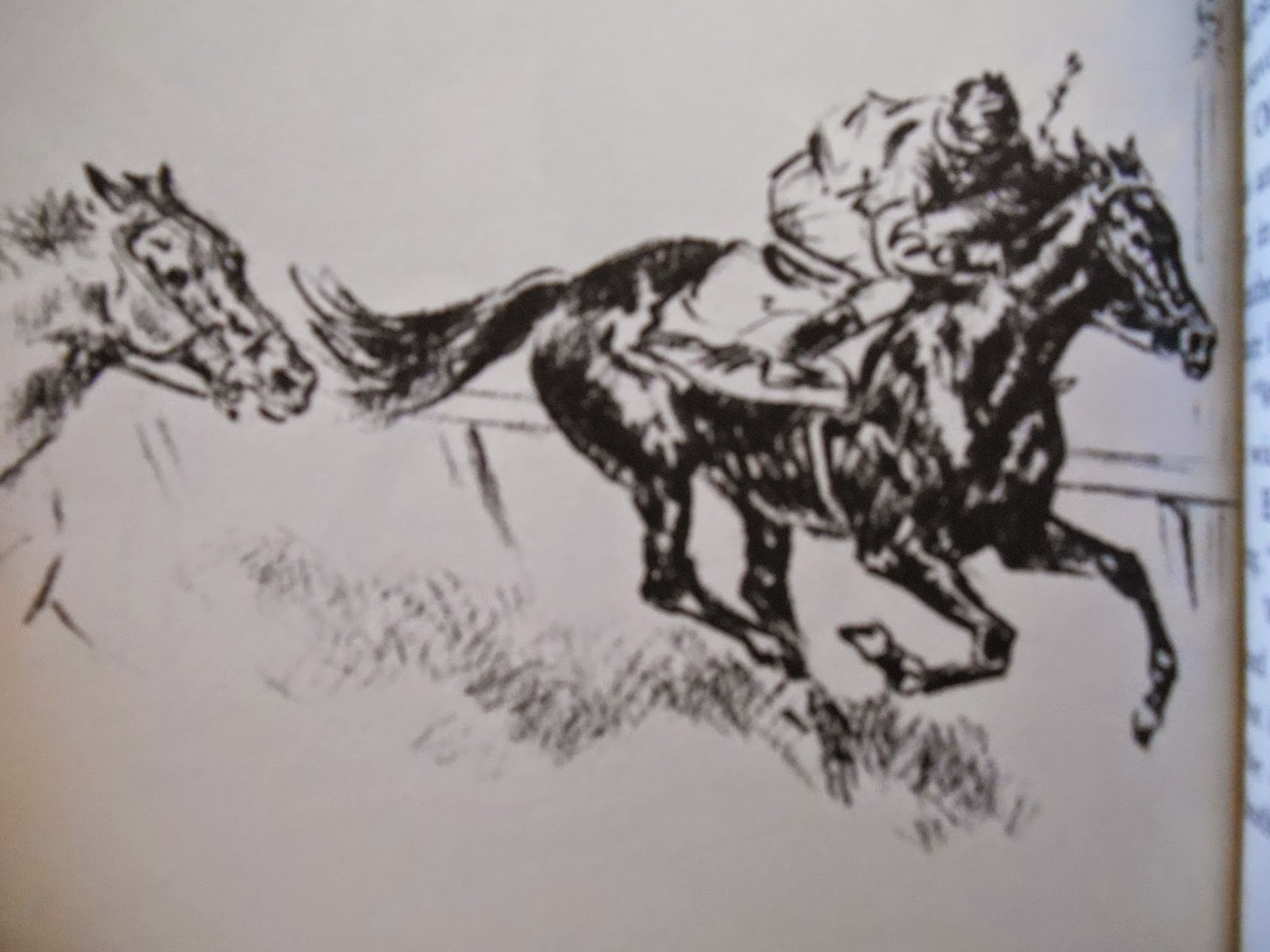 Of all the things I had forgotten about Marguerite Henry - and it's been quite a while since I re-read her books - her writing was what surprised me the most on this re-read. It's not an easy story; while there is charm and sweetness in the early pages, the last third of the book is a heartwrenching story as Jaydee (Henry tells the story primarily through the lens of a young J.D. Mooney) recognizes Black Gold's soundness issues and has to make the painfully adult decision of stepping away from the horse. Hanley Webb is determined to race him and Jaydee can only watch as the horse is basically run into the ground. 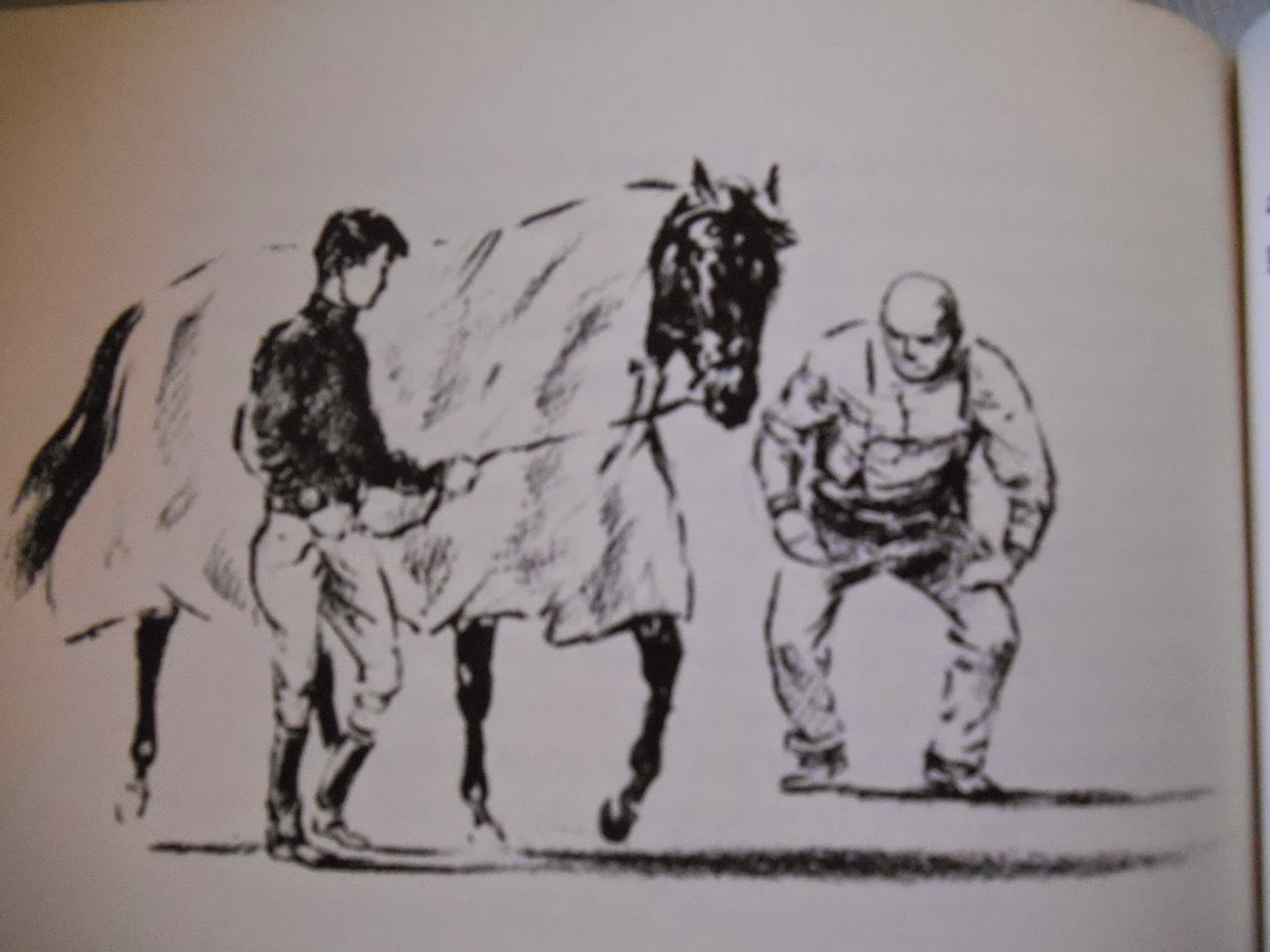 In many ways, the final chapters of this book are incredibly adult for the audience. Hanley Webb's very real weaknesses and foibles take center stage and Black Gold's story becomes, clearly, a canvas for human frailty. His is not the story of the superhorse who retired to pasture, but rather the hard campaigner who tried and tried until he finally couldn't. In a softer story, Jaydee would have gotten through to Webb, and Black Gold would not have run that final race. Henry certainly pulls her punches in other historical stories (Justin Morgan Had a Horse stands out in particular) but not this one. The horse dies as a direct result of obviously poor decisions by people who should've been looking out for him.

As I said: not an easy read. But a really, really beautiful one. For example, here's Jaydee thinking about going back for Black Gold at the end of the book:

In short: recommended, but have tissues handy.