I did have second thoughts about my planned road hack yesterday when I stepped outside to find it was raining down pellets of ice from the sky, but went ahead anyway. We tacked up quickly and I went with a quarter sheet just in case it did start to come down harder.

We headed up the road and turned off into some new fields that I liked quite a bit. Tris was less than pleased with his lot in life: he had thrown a little spooking tantrum when a flock of birds took off underneath his nose, and the wind was starting to pick up and the icy pellets were actually picking up. Fair enough! That still didn't excuse the jigging and the refusal to go where he was pointed. So I didn't feel too bad for him when he flung himself around and onto an icy patch and slipped. I was asking him to go around it, after all. 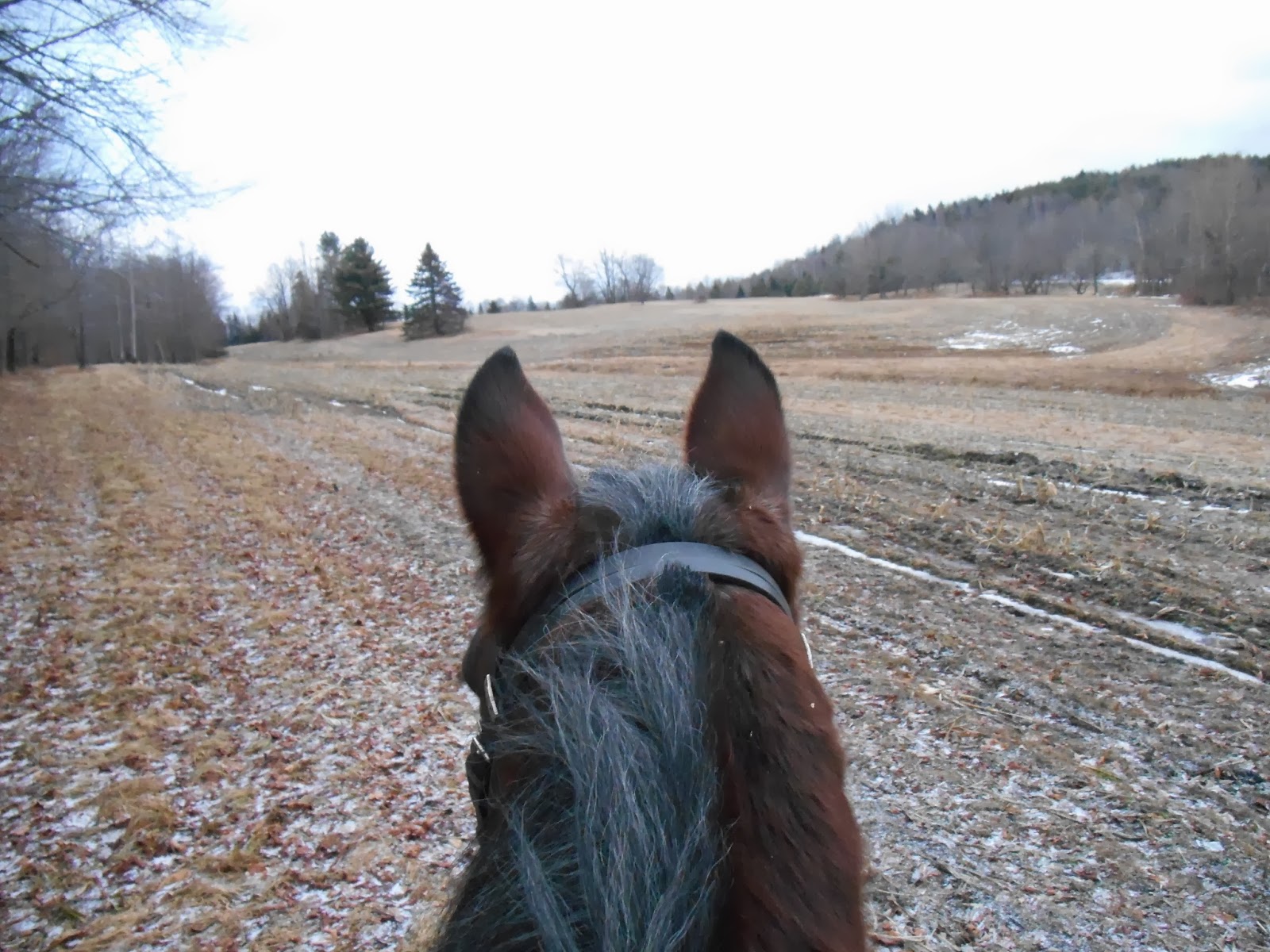 New galloping field! This photo doesn't really convey the depth of it.

We also had a fairly stringent conversation heading back down the road toward the barn about walking calmly and quietly when there was ice and snow on the road, especially going downhill, Tristan. Let's just say I was glad I had opted for a saddle on this particular ride.
at 10:00 AM