House Post: Now is the winter of our basement (organizing)

We really haven't done anything upstairs in quite some time, but have instead been focusing on a part of the house that was previously left to the metaphorical wolves: the basement.

It's been a slow but steady process since. First, we framed out and then insulated a new wall splitting the basement in half so that we can eventually use it as the garage it was intended for. (It's apparently dangerous to just park in your basement, what with fumes and oil leaks and so on.) I'll do a longer post on that at a later date.

Then, the electrician came and we rewired the new garage area, added some lights in the non-garage area that was now dark from the wall, and added some new outlets upstairs. 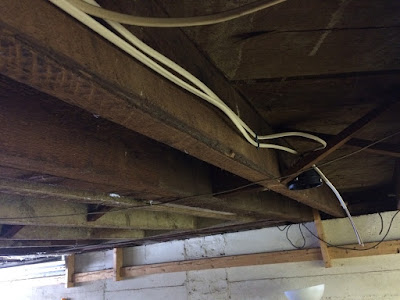 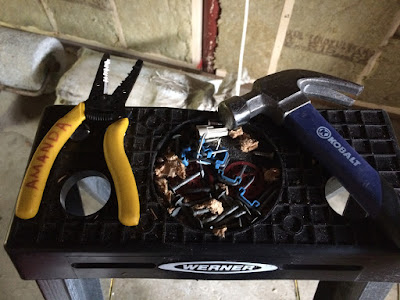 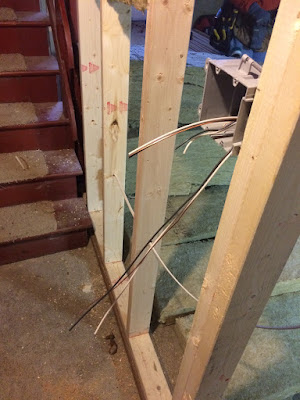 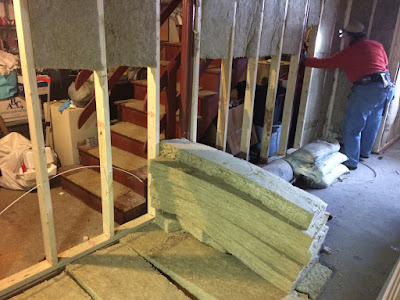 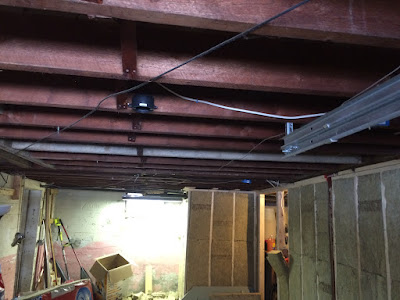 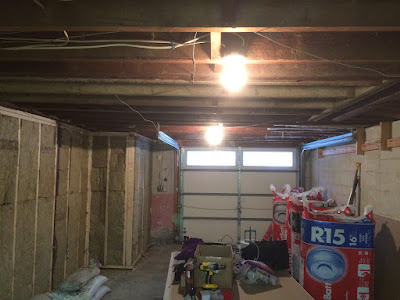 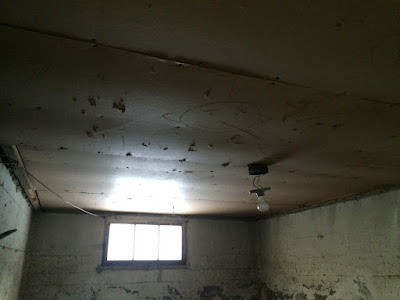 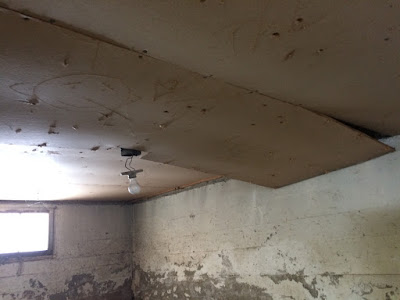 I had to pull every goddamn nail to get it down 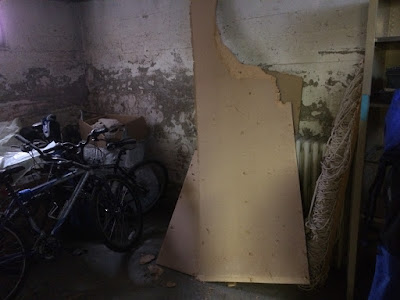 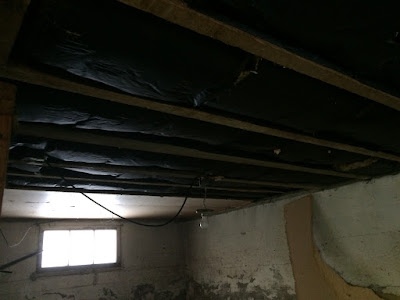 can we just talk for a minute about how pulling this old insulation might be in my top 5 least favorite things I've done on the house so far? I wore a full tyvek suit and facemask and goggles and gloves and I still showered for 30 minutes afterward and coughed for quite a while. AWFUL.

Anyway, once the electrical was done we did some organizing. This consisted of moving some things upstairs to the attic once they had been consolidated (extra clothes, Christmas ornaments, camping supplies), organizing other things into tupperwares and labeling them, and throwing stuff away.

We're by no means done, but we made huge strides toward making it a functional & usable space. That will continue slowly but surely for the next two months, and we'll also be slowly finishing that wall. Hopefully this summer we'll have a clean, organized basement and a usable (and insulated) garage space!
at 12:00 PM