First things first: I'm still alive! And I have been doing quite a lot. I've even been writing blog posts in my head, which I guess doesn't count?

Anyway, back into the swing of things. The summer heat has broken in Vermont, it was in the low 40s overnight, and we just got back from a two week vacation, about which more later. So I am itching to DO things again.

Organizing the basement is a nearly-endless quest. I've made some huge steps, though.

Previously, we moved over the old huge shelving and made room for extra kitchen things.

That still left a whole lotta basement to organize. 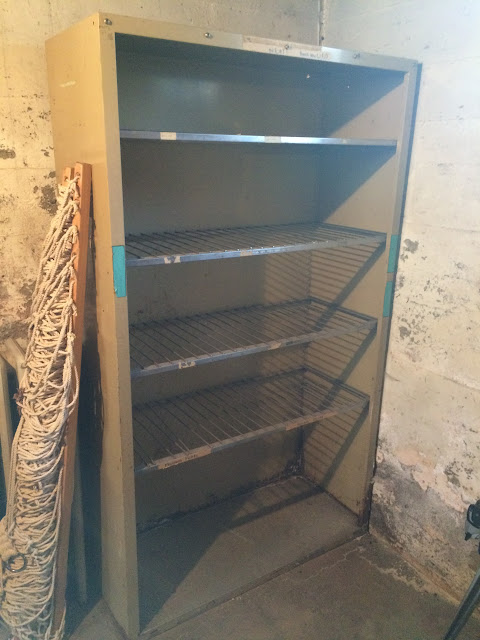 Then there was this, in what we call the root cellar, a little adjacent room in the cellar. GROSS. After months and months of trying to make myself use it, I just could not. So I put it up on our local email list called Front Porch Forum and it was gone within 12 hours. 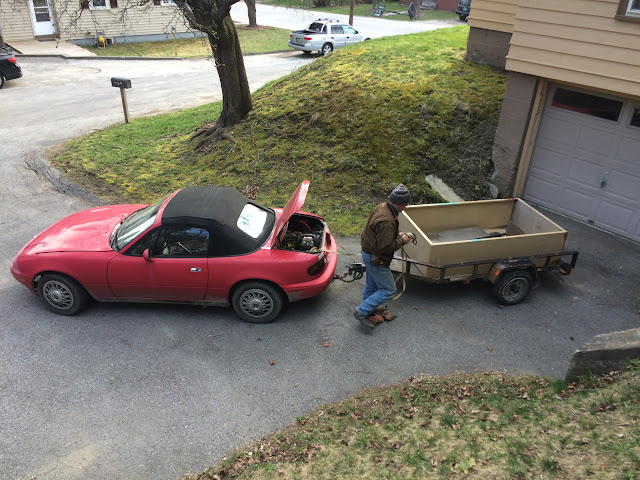 The guy who picked it up was amazing. He had it dismantled and I helped him carry it out and then he hauled it away with his Miata. I could not even. 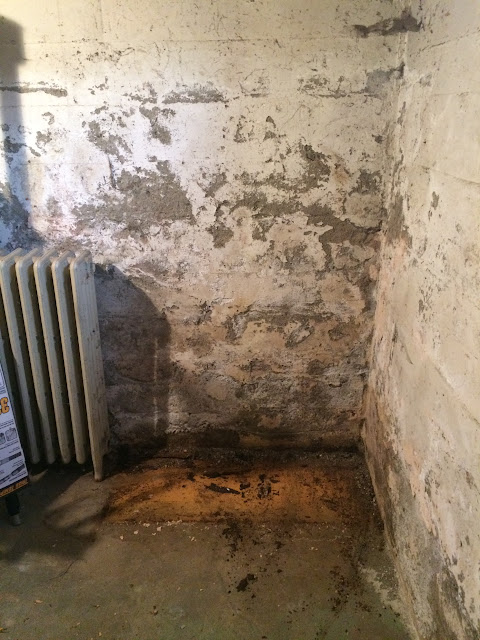 The rust stain left behind should give you some idea of how gross that shelving was. Also, the walls will give you an idea of how badly I want to repaint all of the basement walls. 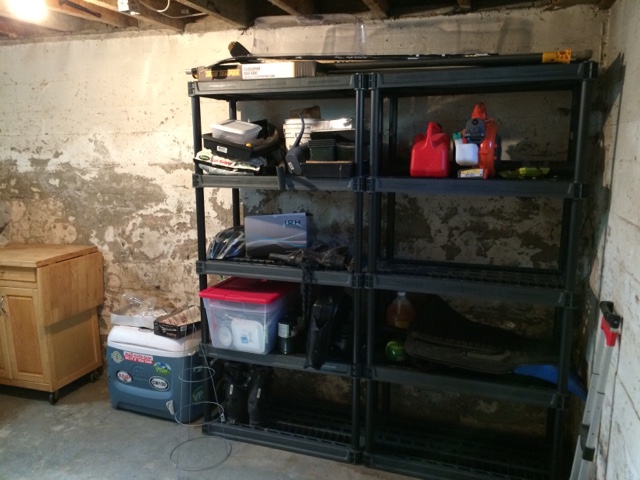 And finally, here's what that corner looks like now. Progress!